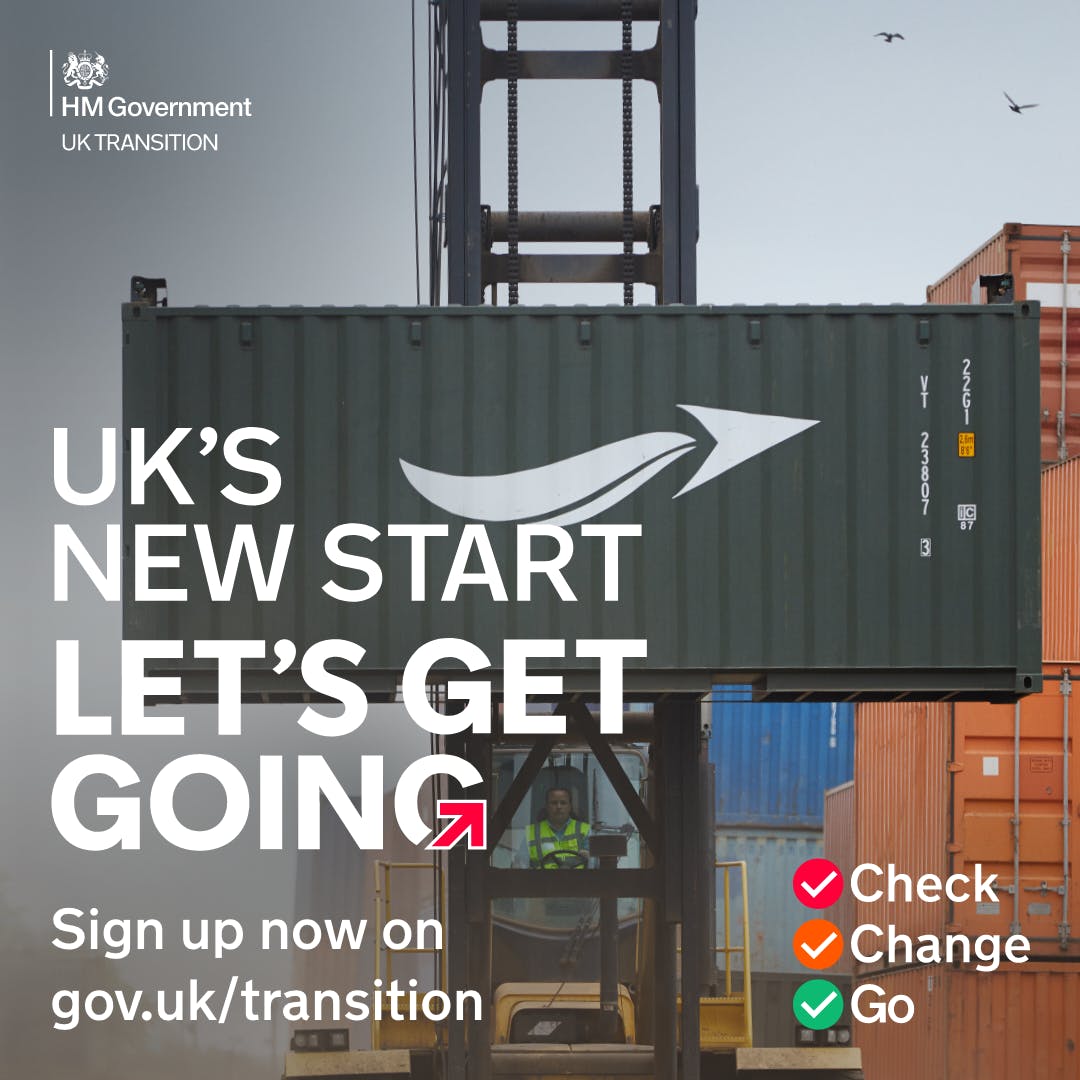 The government is introducing a new strapline, ‘Check, Change, Go’, as the deadline for the UK leaving the EU approaches.

The government is launching a major new marketing campaign aimed at helping businesses and citizens prepare for the UK fully leaving the EU as the transition period comes to an end at the end of this year.

The campaign, ‘The UK’s new start: Let’s get going’, sets out the actions people and companies need to take to prepare for the end of the transition period on 31 December. Ads will include the new slogan ‘Check, Change, Go’ and direct people to a checker tool that aims to identify the steps they need to take.

The campaign, created by MullenLowe, will run across TV, radio, outdoor, digital, print and direct. The government is also launching a ‘field force team’ to offer one-to-one support.

The messaging aims to alert people to issues such as travel insurance and their mobile phone roaming policy, while for businesses there will be advice in areas including importing or exporting from the EU. The aim is to prepare the UK for changes, but also to “highlight the significant opportunities ahead”.

Michael Gove, chancellor of the Duchy of Lancaster, says: “At the end of this year we are leaving the single market and Customs Union regardless of the type of agreement we reach with the EU. This will bring changes and significant opportunities for which we all need to prepare.

“While we have already made great progress in getting ready for this moment, there are actions that businesses and citizens must take now to ensure we are ready to hit the ground running as a fully independent United Kingdom. This is a new start for everyone in the UK – British and European citizens alike – so let’s get going.”

The government will be hoping its new Brexit campaign is more successful than its widely criticised ‘Get ready for Brexit’ messaging last year. It had a budget of more than £100m, but around £46m went unspent after the government extended the date of Brexit to 31 January 2020.

Nevertheless, the National Audit Office said the campaign had “limited impact”, with budget wasted on above-the-line media when roadshows and events with key stakeholders would have been more effective.