Junk food promotions to be banned in healthy eating drive 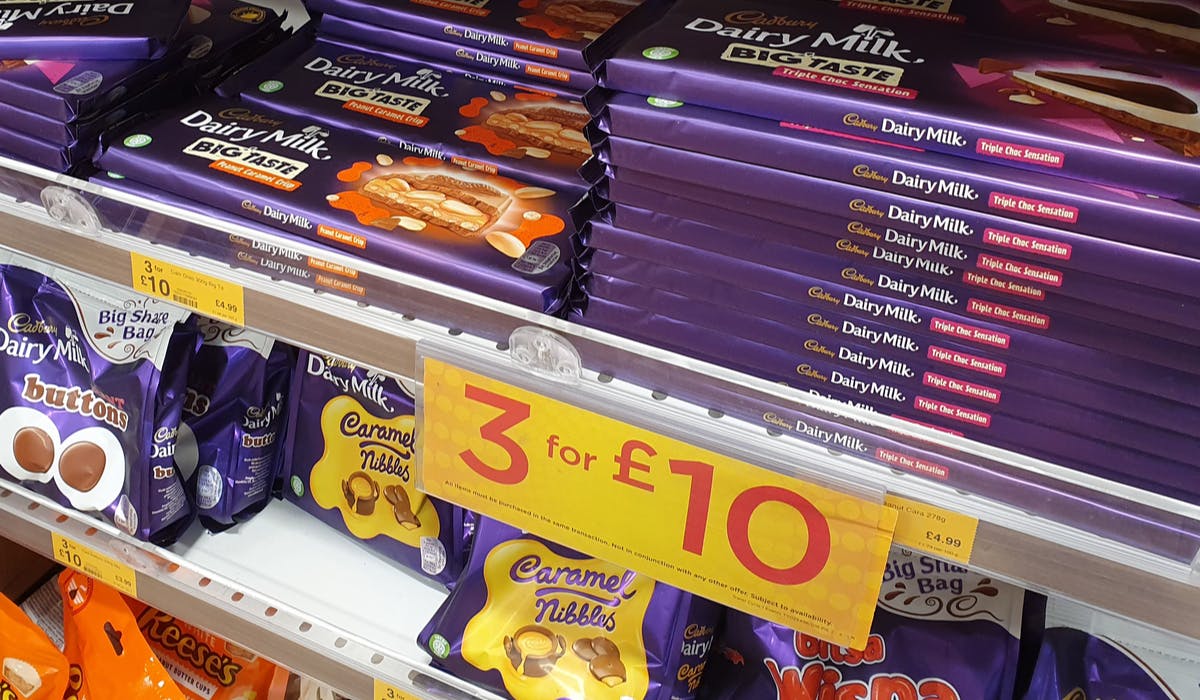 The government is considering banning junk food promotions and ‘guilt’ aisles, but it appears a ban on junk food ads is not part of the plan to tackle obesity.

Supermarkets could be banned from offering junk food promotions and stopped from placing foods such as chocolate and sweets at the end of aisles as part of a new anti-obesity drive by the government.

While the exact details are still under consideration, The Times says that a ban on deals such as buy one get one free on certain foods is likely to be announced later this month. The plan also includes stopping supermarkets displaying unhealthy food at the end of aisles or near checkouts – a tactic used to tempt shoppers to make a purchase as they wait to checkout. Many supermarkets, including Aldi, Lidl and Tesco, have already removed so-called ‘guilt’ aisles.

Also under consideration is making calorie counts on restaurant and takeaway menus mandatory.

However, it would appear a 9pm watershed on junk food advertising is not part of the drive. Nor is there a plan to increase the sugar tax on drinks or introduce a tax on other junk food.

The move is part of a promised anti-obesity drive by the government, which has been pushed up the agenda by the coronavirus pandemic. Initial studies suggest that those who are overweight or obese are disproportionately worse affected by the virus than those who are not. Obesity is also closely linked to other problems that appear to exacerbate Covid-19, including type 2 diabetes and high blood pressure.

The drive comes just a couple of days after chancellor Rishi Sunak’s plans to allow up to £10-a-head discounts for meals, as part of the ‘Eat out to help out’ scheme, were criticised by obesity campaigns. Action on Salt and Sugar campaign director Katharine Jenner called the campaign “short-sighted” given it could apply to unhealthy meals eaten in pubs or fast food chains.

Jenner says: “While we appreciate the urgent need to revive the flailing economy, and sympathise with the hospitality sector for what has undoubtedly been a difficult time, this should not be done at the expense of our health.

“We have all faced several months of lockdown, and undoubtedly taste buds and eating behaviours will have changed during this time. We hope the hospitality sector will use this opportunity to provide healthier food to their customers.”