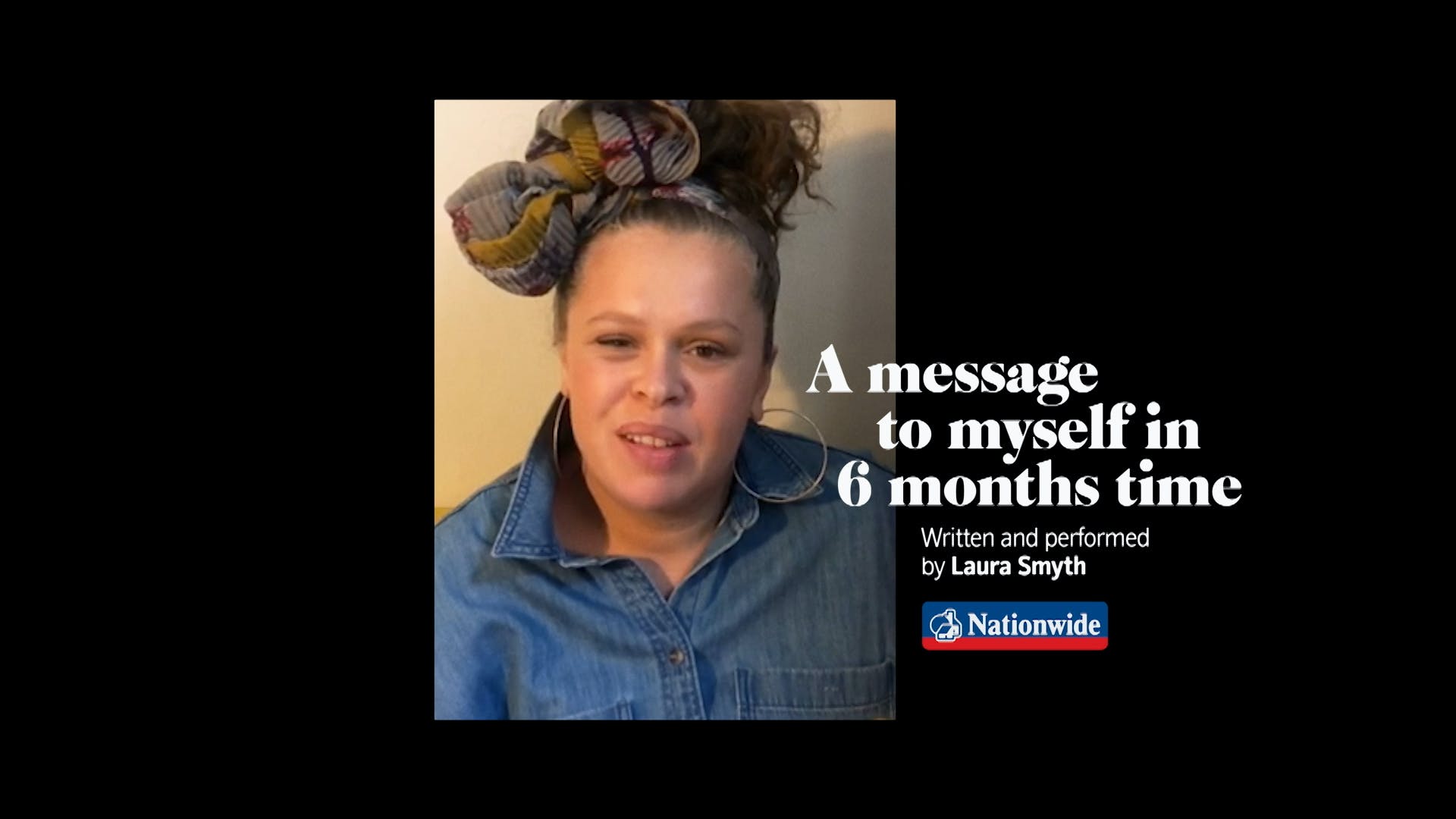 Nationwide is launching a series of ads as part of its ‘Voices’ campaign that aim to offer some hope for a post-pandemic life and which the building society hopes will help its brand come out of the crisis stronger than it went in.

The TV ads, created by agency VCCP, showcase real-life stories of how people are coping with life during lockdown, sharing their thoughts about what life might be like post-pandemic. The three spots show people discussing what they would say to themselves in six months’ time, with the aim of conveying hope that when we look back we might be able to take some good things out of this adversity.

One ad, for example, features poet Deanna Rodger talking about the things we should remember once the pandemic eases, while another featuring comedian Laura Smyth discusses what lockdown taught her. All three end with information on how Nationwide is supporting its customers through the coronavirus crisis after the building society spent the first few weeks of the pandemic looking at how it could provide the right care and services for customers – from payment holidays to reduced overdraft fees.

“When it came to our advertising, we wanted to promote what we are doing for our members in a way that is empathetic to the current environment and situation,” Nationwide’s head of advertising, Paul Hibbs, tells Marketing Week.

“But also, we wanted to see how we could shine a little bit of hope on the situation, so we came up with a campaign looking at a range of voices and how they see things in six months’ time. It feels a bit more optimistic and we deliberately wanted to bring a sense of optimism to the situation, but grounded in reality.”

Hibbs believes that the nature of the Voices campaign has made creating advertising that still works during the pandemic simpler for Nationwide than many other brands. It has always focused on customer voices and this latest series is no different. Plus, footage has always been written and often filmed by the those featured, meaning Nationwide is used to a hands-off approach.

That means the building society almost took a “business as usual” approach to creating its ads. All the spots were filmed by the stars in their own rooms on their mobiles, with Nationwide simply picking the ones it felt most captured how people are feeling.

“Even before this we had a very slick production process; we don’t do big productions. And this is no different. Not much has changed in many ways. It is just making the content relevant for today and making sure there’s a positive thing Nationwide are doing, not just being opportunistic about it.”

One area where Nationwide did spend more time was in trying to ensure it got the tone of the ads right, particularly as the situation and the way people are feeling is evolving so quickly. While Hibbs thinks Nationwide “has got it right”, he admits that it is hard to know as emotions change day-by-day.

We are literally planning week to week at the moment, but with a view that we want to come out of this stronger than we went into it.

“The campaign lends itself perfectly to whatever environment our members are in and how they feel today. If things move on in a month’s time we have a model that allows us to capture the mood of how they feel then or in three months or six months. We intend to carry on with the campaign, it has been successful so far and the beauty of it is it gives us the freedom to move with, and react to, how people are genuinely feeling,” adds Hibbs.

The Voices campaign is a long-term play by Nationwide aimed at building its brand. That attitude has not changed despite the pandemic, although Hibbs admits that finding the right balance of media is trickier now because the company is in unchartered waters.

For example, he believes it might be necessary to turn off some product promotion to ensure it can offer the same customer experience or switch around some media. But balancing the requirements of the business includes the long-term, although how that will play out depends how long the crisis lasts.

While the pandemic has thrown up a number of questions, one area where things are working at Nationwide is in the marketing team. Hibbs feels the crisis has brought them closer together and improved ways of working despite the team being remote.

He points to the ease with which meetings can be set up, and how marketing and leadership teams are checking in more regularly to discuss the challenges.

“It has brought us closer together. I can’t see a downside to how it has worked so far. We’ll see what happens when we come out of it, but at the moment it is working really well. You miss the interaction at a human level, but marketing as a function is working really well,” he concludes.

“Everyone is behind a common goal to make things as easy as possible for our members to do business with us. We’ve achieved more in the last few weeks I feel sometimes than we might have achieved in the previous few months. When there is that focus on doing the right thing for now because it’s urgent, everyone gets behind it and makes things happen. That seems to be the spirit that has galvanised us.”