The travel giant praises its “high marketing efficiency” for delivering its strongest ever quarter, after shifting priorities from performance marketing to brand building. 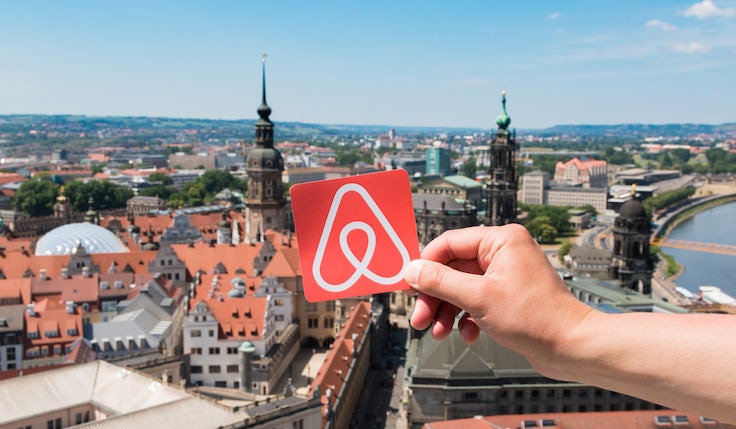 Shifting marketing spend from performance into brand building, combined with the post-pandemic travel rebound, has helped drive Airbnb to its strongest ever quarter this autumn.

The travel and hospitality business posted a net income of $834m (£618m) in its results for the third quarter of 2021, nearly four times higher (280%) than a year ago. With net income also 213% higher than the pre-pandemic third quarter of 2019, Airbnb says this quarter is the business’s most profitable ever.

The third quarter of the year is typically Airbnb’s largest due to the summer travel peak and the rebound of travel following the loosening of pandemic restrictions has driven this growth further. Over the summer the business reached a “major milestone” of one billion cumulative guest arrivals.

Amid the success, the company highlighted the launch of its first large-scale marketing campaign in five years at the beginning of this year, ‘Made by Hosts’.

The brand campaign runs in countries including the UK, US, France and Canada across TV and digital, and came as the business declared it would be making a permanent cut to its overall marketing investment, having noted that slashing spend during Covid had little impact on traffic. Those cuts have primarily been made in performance marketing spend.

The third quarter of 2021 is continuing to see traffic rise as a result of the campaign, Airbnb says, with overall traffic up by more than 15% compared to 2019 in the seven countries where the campaign ran – “significantly ahead of non-campaign countries”. To continue the momentum, Airbnb launched new ads for the autumn season.

Sales and marketing expenditure for the quarter rose by 136% year-on-year to $264m (£196m), excluding the impact of stock-based compensation and acquisition-related impacts.

This was “primarily” a reflection of the increase in brand marketing investment, the business says, which also includes the ‘Olypara’ campaign Airbnb ran during the Olympic and Paralympic games.

The brand signed the nine-year agreement with the International Olympic Committee (ICO) in 2019, Airbnb’s first major global sponsorship deal, which despite being postponed in 2020 will see the company sponsor a total of five Games.

For the nine months ending 30 September, Airbnb delivered 28% adjusted EBITDA margin growth compared to 2019. The business estimates that approximately two-thirds of that margin expansion has been driven by its financial discipline and “optimised marketing strategy”.

The brand remains focused on “making progress” towards achieving its long-term profitability goals through “high marketing efficiency”, reduced variable costs and tightly managed fixed expenses. As such, it expects to deliver greater margin expansion in the fourth quarter.