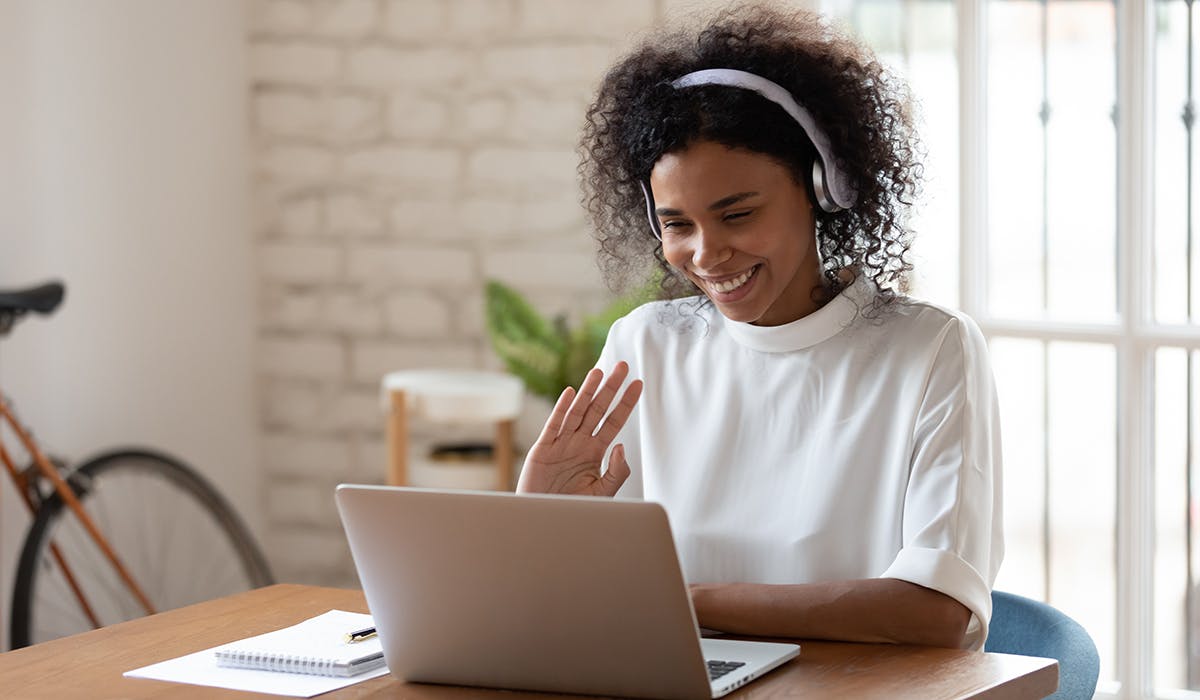 Amid an environment of youth unemployment, evaporating job prospects and a culture of “furloughism”, a movement is building to help young people forge a career in marketing.

The School of Marketing, a specialist in skills-based marketing education and Level 3 apprenticeship provider, is launching a nationwide mentoring programme to help young people aged 16 to 28 find a route into the industry.

With the ambition to become the UK’s largest mentoring initiative, Mentoring Gen Z will give young people free access to virtual mentoring sessions with some of Britain’s top marketing leaders, with a view to creating connections, building confidence and providing support.

The Mentoring Gen Z initiative comes at a time of great upheaval for the so-called ‘Covid cohort’ of school leavers, graduates and apprentices attempting to secure their first job in marketing.

Concerned by the damage being caused to young people’s careers, School of Marketing founder Ritchie Mehta believes now is the time to act, or risk a “lost generation” of marketing talent.

“Whether you look at unemployment or people being furloughed, young people are being hit with a double whammy,” he says.

“Think about the consequences of what’s going to happen in years to come by not nurturing our young people. Suddenly you’ve got a big ticking timebomb that’s about to hit if we don’t do something about it.”

He fears the “massive knock-on effect” the pandemic will have on young people as the level of competition for jobs rises, but the number of opportunities fall. The fact some young people, for example, are opting to stay longer in education and delay their transition into work could create a “bottleneck scenario” further down the line, Mehta suggests.

He also points to younger employees, many of whom don’t have savings, who are struggling working from home in flat-shares or have been forced to move back in with their parents due to the pressures of the pandemic.

People were struggling to get into the industry anyway and they are going to start settling rather than aspiring, which talks to unfulfilled potential.

Mehta’s collaborator on Mentoring Gen Z is Mark Evans, managing director of marketing and digital at the Direct Line Group and chairman of the School of Marketing.

Evans says it is a “modern day tragedy” that young marketing talent could be forced into other industries through a lack of opportunity. He also fears that, from a social mobility perspective, the pandemic risks undermining diversity and inclusion work carried out over the past couple of years.

“People were struggling to get into the industry anyway and they are going to start settling rather than aspiring, which talks to unfulfilled potential,” he states.

“I’ve talked to a few people who have said, ‘Is it still going to be possible to get work experience in these times?’. The question a year ago was ‘Can you help me to get work experience?’, as opposed to ‘Do you even believe it’s possible?’. People are talking themselves out of possibilities and they are going to settle. Maybe it’s only a hiatus, but for many it will be a permanent change of course.”

Evans also points out that young people are the ones with the least developed networking and planning skills, which makes it even harder to cope with the challenges of furlough, being made redundant and competing for a dwindling number of jobs.

Is marketing ready to break down the barriers for diverse young talent?

Young people have been hit hard by the economic consequences of Covid-19. Around 19% of 18- to 24-year-olds across the UK lost their jobs after being put on furlough during first eight months of the pandemic, according to the Resolution Foundation.

It predicted unemployment among 18- to 29-year-olds would hit 17% by late 2020, a level last seen in 1984. This follows data published by the UK Government Commons Library, which shows UK youth unemployment hit 12.5% between April and June last year.

The pressures of finding work are affecting graduates and apprentices alike. Of the 5,000 ‘graduate jobs’ advertised on the CV-Library platform between January and July 2020, the number of marketing roles fell by 84%. The Department for Education also reports that the total number of apprenticeships starting halved from 23 March to 30 June, compared to the same period in 2019.

While the Institute of Student Employers is thankfully not seeing a total collapse in graduate positions and apprenticeships across the UK, chief research officer Tristram Hooley points to the fact competition for roles has increased “massively” as anxious young people take a “spray and pray” approach to applications.

Turning this situation around is going to take something special, agree both Evans and Mehta. That is where mentoring comes in. The idea is for the Mentoring Gen Z initiative to support young people to find a new direction, inspire curiosity and fuel their ambition.

The first mentoring session will kick off in the next two weeks. The initial idea is to host two to three mentoring sessions every 10 days with a group of 15 to 20 young people, but this will likely evolve as demand ramps up.

Each session will be run by a marketing leader, with names already signed up to take part including incoming Boots CMO Pete Markey, former Unilever marketing boss Keith Weed, ex-Lovehoney CEO Sarah Warby and Evans himself. Going forward, the plan is to move to one-to-one sessions as the initiative develops.

The Mentoring Gen Z movement is now actively looking for young people to take part in the free virtual sessions.

Mehta and Evans believe it is important for the cohort to span ages 16 to 28 in order to cover the needs of school leavers trying to break into the industry, as well as young marketers who may be have been furloughed or hit a stumbling block in their careers. The mentees will be put into groups and paired with people of similar ambitions and at a similar stage of life.

You talk about a problem as of now, think about the consequences of what’s going to happen in years to come by not nurturing our young people.

“We will start rolling out more one-to-one mentoring where we find real solid human connection,” says Mehta. “We want to make sure it’s tightly gelled with the mentor and the mentee, and that will happen organically through those group sessions.”

He points to the success of the School of Marketing mentoring sessions held during the Festival of Marketing in October, which across five days attracted more than 150 sign-ups from potential mentees.

To take part, young people need to share their first name and email address, after which they will receive an introductory email from the team. They do not need to have any previous experience in marketing – answers about their aspirations and what help they are seeking will be used to match them with a mentor.

While there are 12 mentors already signed up, the team is always on the lookout for marketing leaders interested in getting involved. To mentor, marketers are being asked to donate one day – equivalent to eight hours – which will be spread throughout the year across a combination of sessions.

Mentoring Gen Z is also looking for partners to help widen the scope of the initiative, including councils, education bodies and organisations. The team has already joined forces with The Marketing Society, a partnership which seeks to galvanise their combined strength to get other organisations on board and help reach greater numbers of young people.

“This is a big problem and a big challenge, so we won’t necessarily have all the answers. We’re asking people if they want to be involved personally, but if anyone has got any brilliant ideas we’re not going to rule them out. We want to create a broader network that is connecting into other organisations,” Evans explains.

Ultimately, he and Mehta are excited to be creating a movement that seeks to remove the barriers to mentoring which, for many young people aspiring to a career in marketing, may have seemed inaccessible until now.

Young people aged 16 to 28 interested in getting involved in Mentoring Gen Z can sign up here. Potential mentors can find more information at [email protected]