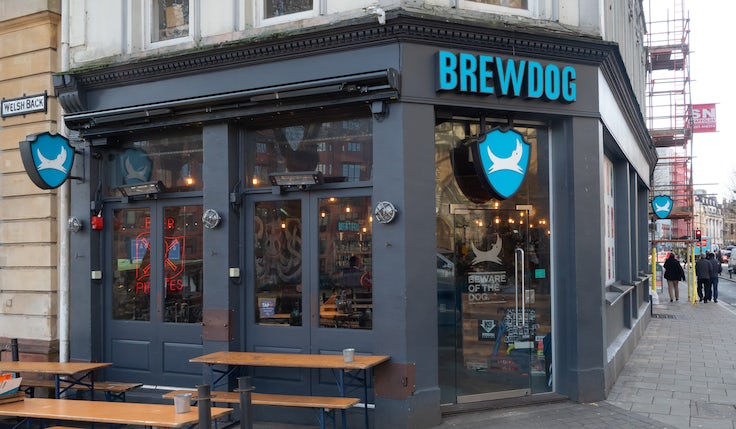 BrewDog has been advised to “get its house in order” after its defiance of a regulatory ruling was met with a backlash on social media.

Despite agreeing not to use the ad again, BrewDog CEO and co-founder James Watt then reposted it on LinkedIn and Twitter, drawing criticism from consumers.

One of things people took issue to is the fact BrewDog is continuing to court controversy despite being called out by former employees for using “lies, hypocrisy and deceit” to generate PR for the brand. Up to 250 former employees banded together and penned a letter under the name ‘Punks with Purpose’ claiming the brand has a “toxic attitude”, which has created an internal “culture of fear”.

Responding to the latest outburst from Watt, people suggested BrewDog should look at getting its own house in order first rather than trying to be edgy.

One commenter on Watt’s post said: “Although I’m a big BrewDog fan, I do fear you’re starting to get a case of marketing myopia. Your brand is getting more and more disconnected from your product. Personally, I question why I buy BrewDog, when alternative beers are catching up”.

Watts has since taken down the post on both social platforms, and the brand did not reply to Marketing Week’s request for comment.

Buzz Bingo marketing director Harry Lang says the brand is failing to acknowledge the criticism it has received of late or the unrest among its employees or customers.

“Anyone who really read the room would have pumped the brakes and taken a view that they need to reposition, be a bit less gung ho [with marketing], and be a bit more sensitive to the needs of customers and employees,” he says.

Lang advises the brand to “batten down the hatches” on its provocative marketing and make “serious” internal changes to the brand while communicating this to consumers.

“There is a real opportunity for Watt to read the situation and make some serious fundamental foundational changes to how the business operates and how he operates, and then he’ll come out smiling. What happened with everything including its position against the ASA, that’s not it [the right move to make].”

Damage to the brand

Marketing Week columnist Colin Lewis agrees, and says Watts should adopt the ‘Oprah Winfrey strategy’, meaning he should publicly admit to wrongdoings and appeal for forgiveness, particularly to address the Punks with Purpose letter, which is “much more damaging to the brand”.

“[The letter] shows a dichotomy between the culture and what the brand states it stands for,” says Lewis.

He breaks down BrewDog’s current marketing strategy to be the ‘Fame’ path which has been its way for years, akin to Ryanair and Oatly.

“Fame is about building word-of-mouth advocacy for the brand – getting it talked about, creating authority for the brand and the sense that it is making most of the running in the category. Fame works – and it makes hard-pressed communications budgets stretch further by getting consumers to do some of the work,” he says.

Former BrewDog CMO Jon Evans told Marketing Week in 2019 the brand was run with PR at its heart and relies on high-cut through activity instead of long-term brand building. Evans left his post after only three months into the role, after stating the business wasn’t ready for a CMO.

Have a pint, and this will all blow over

Lewis believes the backlash from the ASA ruling is a mere blip to the brand but the accusation of fostering a culture of fear will cause long-term damage, particularly from a team-building perspective, if it’s not rectified.

“Ultimately this will all blow over as most people do not know about the ASA and their rulings. Much more important is the memo talking about the toxic work culture, which will cause more harm in the long term, making it more difficult to attract good staff – especially female staff. What marketing director would willingly join BrewDog now?” asks Lewis.

BrewDog was founded in 2007 by Watt and Martin Dickie. The brand made a name for itself with outlier marketing and PR, building a dedicated fanbase.

The brand entered the hard seltzer space in May 2020 with its Clean & Press beverage to tap into the nascent and potentially lucrative hard seltzer sector.

In the UK the segment was worth £11.7m in 2020, according to Kantar, and is predicted to reach £75m by 2027 based on a forecast by IWSR included in a report commissioned by Drty.