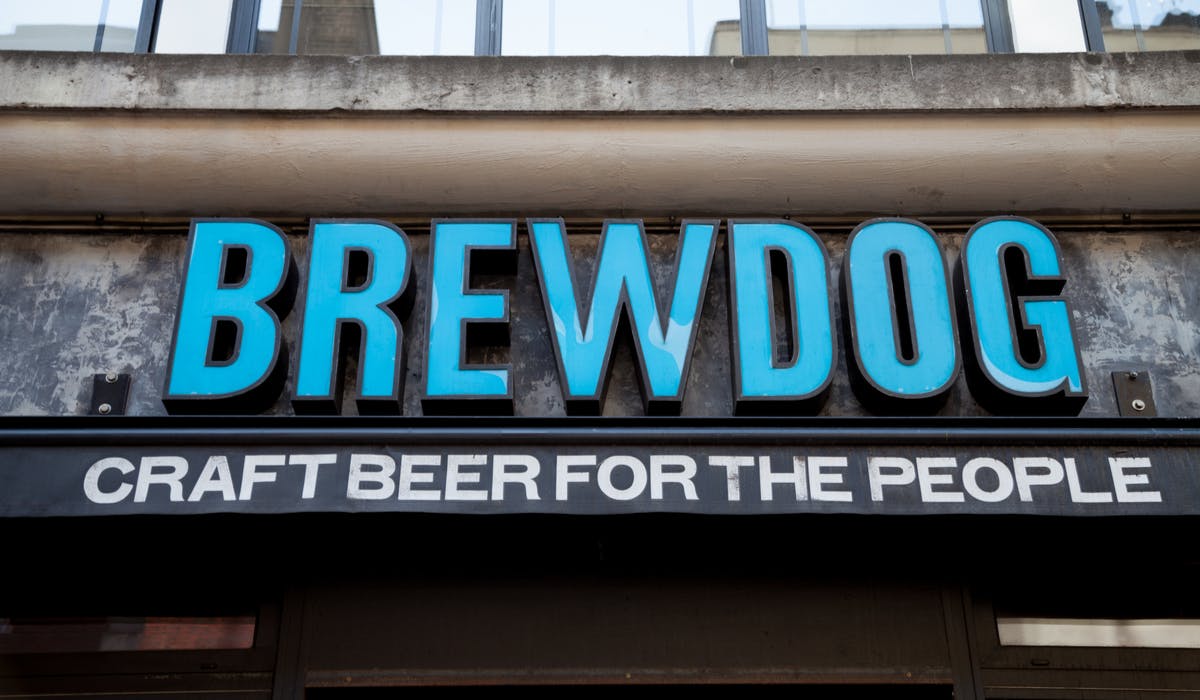 BrewDog is positioning itself as a ‘Beer For All’ as it looks to put the claims of its “toxic attitude” and “culture of fear” behind it.

It is the first campaign to be launched by brand and marketing director Lauren Carrol, who was promoted from her position of special projects director in June.

The ‘Beer For All’ campaign launches tomorrow (7 August) with a TV advert taking centre stage. It shows people from all walks of life, with a voiceover suggesting “meat-eaters”, “tall people”, “fake listeners”, “shoplifters”, and even the “guy who almost certainly owns a snake” all drink BrewDog.

It then moves on to a shot of the brand’s brewery before stating “our beer is for everyone because we’re the first carbon-negative brewery, and plant trees for every beer you drink, making it a better world for those that drink BrewDog”.

The ad then switches to a shot of a woman drinking a bottle of Heineken, which is then covered by a superimposed picture of a BrewDog can as the voiceover adds the brand is even making the world a better place for “those who don’t” drink its products. The ad, which was created by Droga5, ends with the line, “That’s why we’re the planet’s favourite beer”.

Carrol, who has been at BrewDog for three years, replaces former marketing director Sophie More who left at the beginning of the year.

It follows a difficult few months for the brand, which was accused of creating a harmful work culture and then courting further controversy by ignoring an ad ban when many suggested it should be getting its house in order.

In June, more than 250 former staff penned an open letter titled ‘Punks with Purpose’ accusing it of a “toxic attitude” and creating an internal “culture of fear”, as well as using “lies, hypocrisy and deceit” to generate positive PR for the brand.

The widely covered scandal had a notable effect on BrewDog’s brand health, according to YouGov BrandIndex. The brewer’s index score – a measure of impression, quality, value, satisfaction, likelihood to recommend and reputation – plummeted to from 18.9 to 4.7 following the claim.

The following month, BrewDog was in the spotlight for the wrong reasons again, this time for making “misleading” health claims about its hard seltzer brand.

The ad in question was banned by the Advertising Standards Authority (ASA) and BrewDog agreed to take down the ad, but CEO and co-founder James Watt then reposted it on LinkedIn and Twitter drawing criticism from consumers.

The post was subsequently removed after people demanded the brand get its “house in order” rather than trying to be controversial.

BrewDog has already received criticism for its latest campaign after posting it on Twitter and LinkedIn, with one person saying: “It’d be better to get your house in order @BrewDogJames than just change the message through PR. Be clear about what change you’re making and prove it rather than soften people up for the IPO”.