Can marketers restore trust and transparency in agency relationships? 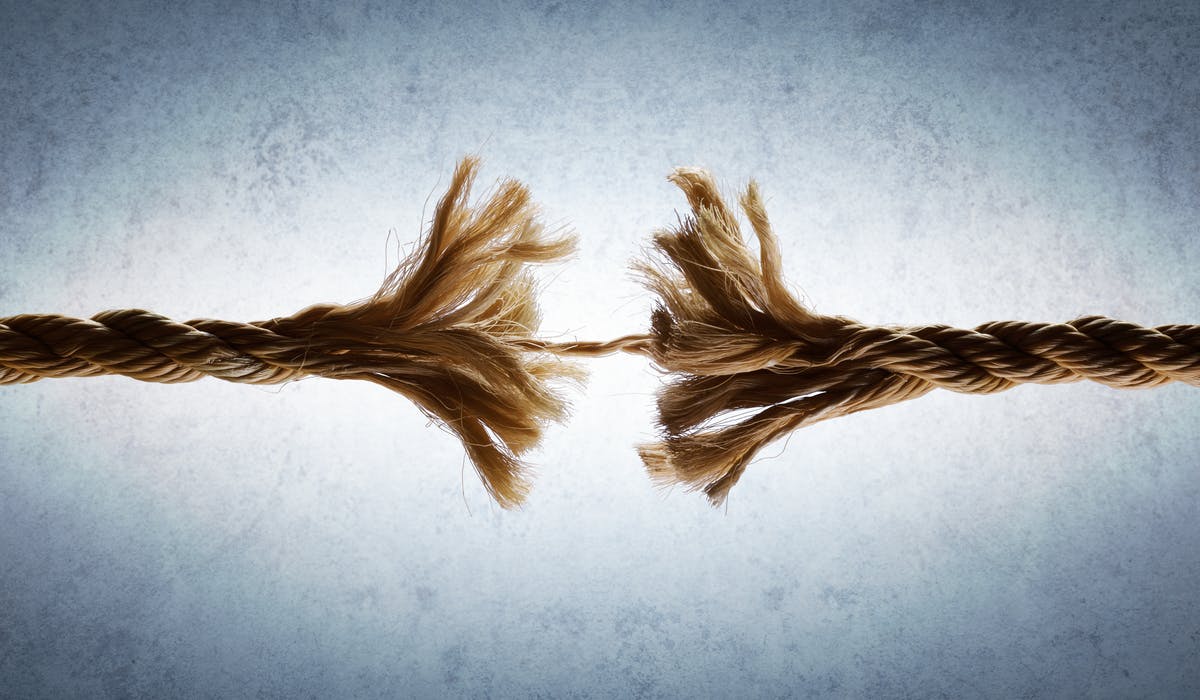 In 2016, a bombshell investigation into media trading by the Association of National Advertisers (ANA) uncovered a severe lack of transparency pervading the US advertising ecosystem, including cash rebates to media agencies. Senior agency executives were found to be not just aware of, but mandating that duplicitous behaviour.

One of the most striking observations in the report was of a “fundamental disconnect” between advertisers and agencies regarding the nature of their relationship. Advertisers generally believed their agencies were duty-bound to act in their best interest, but while some agency executives felt similarly, others saw their relationship as solely defined by the parameters set out in their contract.

Transparency subsequently rose significantly up the list of priorities for marketers, with the 2017 edition of the World Federation of Advertisers’ (WFA) regular barometer survey seeing 47% of marketers pinpoint it as their leading concern.

Shortly after the publication of the report, ISBA released its first ‘Media Services Framework’ in the UK, a template contract designed to provide advertisers with a basis upon which to build their relationships with agencies.

Yet, as advertisers have sought greater transparency on media rebates, new practices have emerged. In particular, ‘inventory’ or ‘proprietary’ media, in which media agencies buy advertising space from media owners, before recommending and reselling it to their clients at a marked-up price.

Many of us don’t like the prices that Harrod’s charge for their high-ticket items – but it doesn’t justify smuggling a few extra unpaid-for items into our bag.

According to the Aperto Partnership, a strategic advisor for brands which specialises in contract transparency, agencies contest that this practice does not impact individual advertiser media plans. It is also almost always disclosed in the fine print of contracts.

However, co-founders Scott Moorhead and Andrew Mortimer believe that inventory media prevents truly neutral media planning, meaning strategies may not always be put together with the client’s best interest in mind. Mortimer says the Aperto Partnerships is seeing “many” advertisers “increasingly frustrated” by the practice.

“The fundamental question is whether any advertiser can expect independent, media-neutral recommendations when their advisor is also earning income as the seller,” Moorhead adds.

Mortimer, who formerly worked client-side at Sky, explains not all agencies are reselling media. It’s primarily the larger agency groups which have “industrialised” the practice, he says, leading to an increasing rise in its prevalence.

As Marketing Week’s Secret Marketer columnist wrote earlier this month: “Sadly, this makes it very difficult to form and maintain strong and trusted relationships between agency and client. And that, of course, is a real shame, as good business is based on trust between people. It starts to taint how you feel about the team at the agency on your business.”Lack of transparency makes it hard to build trusted relationships with media agencies

The Aperto Partnership was one of a number of consultancies and advisories consulted by ISBA ahead of launching its updated Media Services Framework 2021 this month. The “overhauled” framework aims to address some of these new and emerging issues, while providing advertisers with greater clarity and understanding around contracts, greater transparency around media planning and ultimately greater value.

It’s worth noting that not all parties consulted by ISBA consider inventory media to be an act of malpractice. However, transparency and full disclosure is universally considered imperative.

ISBA director general Phil Smith tells Marketing Week: “Our position is always on transparency and control. Individual members will need to make their own contracts, the key is that they know what they’re signing up to and are able to manage that.”

With the media landscape more complex than ever as new technologies and opportunities emerge, media neutral planning “has never been needed more”, Smith adds, arguing as things currently stand, that is in jeopardy.

The IPA, the body representing agencies in the UK, says it is still “digesting” the meat of the ISBA framework, which is drafted from the client standpoint and for clients.

“From inception, it sets out to be an unapologetically unilateral document for a bilateral relationship,” says director of media affairs Nigel Gwilliam. “We foresee inevitable, protracted negotiations between individual advertisers and media agencies to turn it into something deemed workable by both sides of each contracted commercial relationship.”

Some agencies challenge accusations of non-transparency by arguing that it’s an inevitable and necessary result of downward pressure from the client themselves. One senior agency director says the drive to reduce fees from the advertiser side has led to client relationships becoming more transactional and trust breaking down as a result.‘Media has never been more complex’: How ISBA plans to restore transparency for advertisers

With agencies under pressure to maintain and grow their own revenue, they have been forced to look for other means of making money, they claim.

However, former brand marketers Jan Gooding and David Wheldon, both of whom claim substantial agency-side experience, argue this is a “childish” response to advertiser concerns and that clients and procurement are being used as “scapegoats”.

“There’s an unwillingness to understand the point of view of the client,” argues Gooding, the former group brand director of Aviva. “The client is grappling with their own stuff – their world has changed and become more complicated, and they are also dealing with procurement.

“[Agencies] are not delicate flowers in a bed that need nurturing. Underneath these little flowers is a great big machine that is being driven by all sorts of revenue and margin targets.”

While Gooding agrees agencies should be fairly compensated for their work, suggestions to move remuneration models to become more results-led are often shut down by the agency.

“They’re not being honest with themselves about the decisions they have made and the behaviour they have pursued that has made this an even more difficult problem to solve. And therefore they can justify the slightly dodgy things they’re doing, because they have to produce the revenue.”

Wheldon, the former CMO of RBS, agrees agencies are responsible for setting and justifying their own fees. There is “no debate” in the boardroom around how much management consultancies will be paid because that sector has set firm payment structures, he points out, suggesting that agencies need to do the same.

“The industry has been remarkably agile, finding new and innovative ways to make money, which we would consider to be murky,” he says. “I’ve never really understood why they don’t sit down and say ‘listen, we’re not making the money we need to be to run a successful business, and therefore we need to charge you like this’.”

This is not something to delegate to a different function and then ignore.

Therefore the first step in improving the relationship is for agencies to end their “denial” and stop blaming advertisers for their problems, he says.

Wheldon also notes creative agencies have been known to adopt similarly non-transparent practices, such as failing to disclose ownership of production companies or studios. This was confirmed in a 2017 report from the ANA investigating production transparency.

Independent media agency the7stars agrees blame should not be shifted to the client procurement or marketing team’s door.

“Agency fees need to be based on transparent principles – and agencies have the right to say ‘no’ if they can’t reach agreement. The alternative – agreeing unsustainable fees and earning income elsewhere – is akin to shoplifting from Harrods. Many of us don’t like the prices Harrods charge for their high-ticket items – but it doesn’t justify smuggling a few extra unpaid-for items into our bag.”

Biggam adds that the rise of inventory media means advertisers are missing out on the opportunity to drive greater marketing effectiveness, as neutrality in media planning is compromised.

“Unfortunately, it is very often a case of agency incomes driving planning decisions instead of client outcomes,” she says.

Marketers still have a role to play

However, ISBA’s Smith says it is “absolutely pointless” to point fingers and assign blame as to how issues in transparency have developed, explaining the most important thing now is for advertisers to put in place commercial arrangements that give them better control and understanding over their media strategy and spend.

Advertisers may need to consider new agency remuneration models based on strategic value and business contribution rather than price, embracing a mindset shift in how they measure the success of their media partnerships.

For Wheldon, when cost pressures from his side as client had a negative impact on his agency, he says he made sure to balance that pressure by, for example, extending their contract.

Both Wheldon and Gooding believe clients should never run agency reviews unless they are genuinely considering switching, and support the idea of paying agencies to pitch as the process is so strategically valuable. According to ISBA’s director of agency services Andrew Lowdon, “many” advertisers contribute a “token amount” to pitches, though he suspects that paying for the full cost of a pitch is a “rarity at best”.Mark Ritson: Should clients pay agencies to pitch?
Marketers must also ensure they manage procurement properly and protect agencies from the politics and processes of their own corporation, Gooding and Wheldon agree. Gooding adds that her procurement team would have run a media pitch every year if they could, but that she prevented it by pushing back and asking for three- to five-year contracts.

But above all else, ISBA, Gooding, Wheldon and the Aperto Partnership agree senior marketers need to get involved in the relationship and start asking difficult questions, to better understand how their agency makes money and, specifically, how it makes money off of them.

Transparency has been an issue in the advertising industry for far too long, starting long before the publication of the 2016 ANA report. It’s a far cry from the relationships Wheldon and Gooding remember existing between advertisers and agencies in the early years of their careers, over 40 years ago.

Now more than ever, advertisers must know they are getting the best media plans or creative work possible for their money – particularly as budgets have tightened throughout the pandemic. That fundamentally relies on a relationship of trust.

As ISBA’s Smith says: “This is not something to delegate to a different function and then ignore. This has a fundamental bearing on how behaviours take place within the relationship.”

All CMOs should be taking an active interest in the fine print of their commercial relationships, he adds, otherwise “they aren’t fulfilling their fiduciary duties”.

So regardless of where blame should lie, the onus is now on brand marketers to lay the foundations upon which to rebuild trusting and transparent agency relationships.

Take note of any unsustainable pressures being put on agencies, consider new models, ask difficult questions, and above all, always read the fine print.