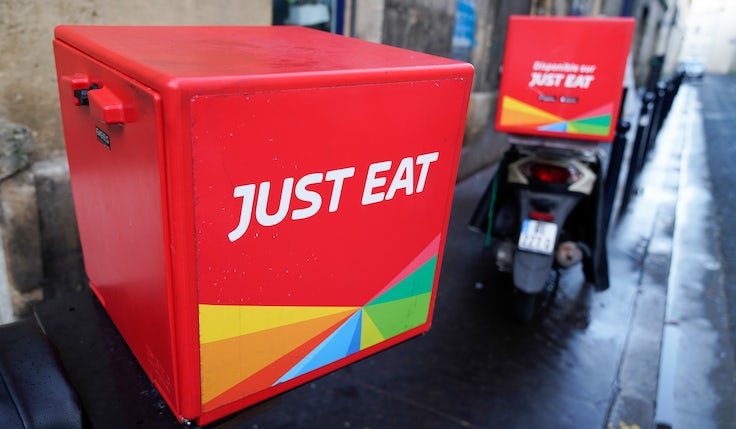 Just Eat claims to have seen the fruits of its increased marketing spend over the first six months of 2021, reporting “superior” growth and online share gains in markets including the UK.

As a result, the business has grown its top-of-mind brand awareness in the UK to approximately 40%, though the market still lags behind others like Germany, where awareness reaches nearly 70%.

“Ordering food delivery is typically a very spontaneous decision, so being our customers’ first choice is really important to us,” he said.

Driving that top of mind awareness comes with the creation [of] and investment in building distinctive assets.

Just Eat has seen the “absolute gap” between itself and its competitors widen “rapidly” since the beginning of its investment programme in January 2020, while in London alone the brand has increased its share of the market from around 20% to 31%. Its two competitors – Deliveroo and Uber Eats – both claim a share of 34% in the city.

Customer loyalty has also improved, with Just Eat claiming 76% of customers return compared to 70% for the next two largest players in the market. According to Gerbig, that figure represents a 600 basis point increase since the start of its investment programme.

Just Eat also claims the highest proportion of customers who exclusively use its platform, at 58% compared to 45% and 38% for its closest two competitors. It also has the lowest bounce rate, at 5% compared to 15%.

On top-of-mind visibility, the company attributes its UK success to a campaign of “aggressive” price leadership and the expansion of its restaurant supply, with household brands like McDonald’s, Greggs, Pret A Manger and Itsu now available on the platform. Some 90 new brands were added in total, such that the number of restaurants on Just Eat in the UK increased to more than 58,000 from 50,000.

Across all its markets, revenue on a combined basis grew by 52% to €2.6bn (£2.2bn). While it did post an operating loss of €190m (£162m) for the period, the business expects that to mark a “peak” and for profitability to be improved over the latter half of the year and onwards.

Just Eat has undertaken a number of different marketing initiatives over the first half of the year, including a global campaign featuring rap artist Snoop Dogg. However, the business highlighted its activity around the Euro 2020 tournament as a defining moment for the brand.

According to Just Eat, its sponsorship of the European football tournament has positioned the brand as a “top-tier sports sponsoring brand”, and has laid the foundation for future work with UEFA through to 2025.

The brand activated the partnership through a bespoke ad campaign featuring some of the world’s most famous football stars, a “very successful” ‘Order & Win’ campaign, alongside player escorts, fantasy football and more.Just Eat’s CMO: Remove yourself from the bubble – you are not the customer

Earlier this year, CMO Susan O’Brien told the Festival of Marketing that the sponsorship came as a result of the brand trying to “be where customers are”.

“You’ll see [through our] sponsorships how important it is for us to be where our customers are, such that we can be deemed relevant to them at that moment in time,” she said.

She also said that top of mind awareness is a metric she monitors daily as she works to ensure Just Eat remains relevant in such a fiercely competitive sector.

“We have definitely not taken our foot off the gas, we continue to invest in both brand and performance, and indeed other areas. But driving that top of mind awareness comes with the creation and the investment in building distinctive assets,” she said.