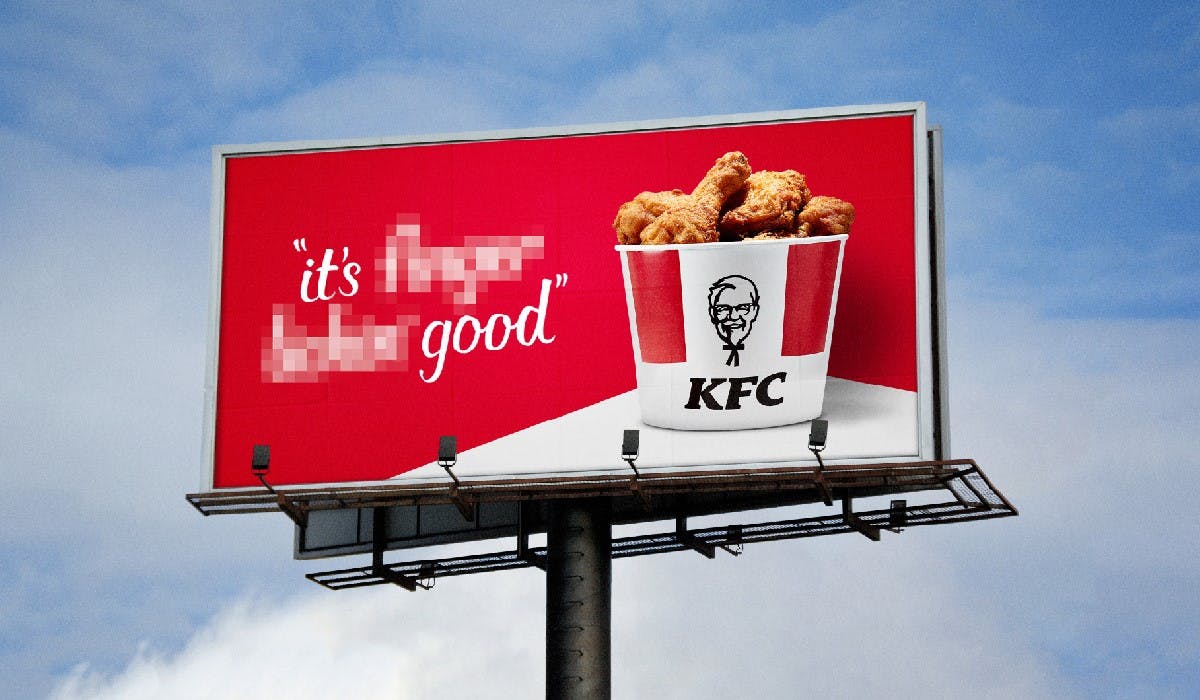 From celebrating fans’ attempts to recreate their favourite fried chicken at home, to pausing its ‘Finger Lickin’ Good’ slogan for the benefit of national health, it’s been a stellar 12 months for KFC.

KFC has been named Marketing Week Masters 2021 Brand of the Year, beating strong competition from a shortlist including Asos, Channel 4, Tesco and Camelot.

The fast food chain was awarded the accolade, sponsored by The Independent, through a combination of a public vote and the views of a judging panel of senior marketing leaders, including Waitrose customer director Martin George, NatWest Group CMO Margaret Jobling and L’Oréal UK and Ireland CMO Lex Bradshaw-Zanger.

The past 12 months have seen KFC widely praised for its approach to the pandemic, setting a pitch perfect tone that blended its tongue-in-cheek persona with the “bold and brave” decision to dial up brand building just as rivals were retreating from view.

Working in close partnership with long-term creative agency Mother, KFC started planning its return from lockdown as its restaurants were shutting their doors.

While rival McDonald’s slashed UK marketing spend by 97% at the height of the crisis, KFC attempted to “steal share of voice” with a bold reopening campaign celebrating fan devotion.

Having seen customers attempting to recreate their favourite fried chicken recipes at home, the brand turned its #RateMyKFC social campaign into an ad announcing KFC was back. Photos of the fan creations were shown alongside the soundtrack of All By Myself by Celine Dion. KFC signed off with the message that it had missed them too, but it would “take it from here”.

By August 2020 KFC was back on screens with its first global campaign, this time explaining the decision to temporarily pause its 64-year-old ‘Finger Lickin’ Good’ slogan. The brand deemed the tagline “inappropriate” at a time when hygiene was top of mind, but rather than making the move look like corporate comms, KFC chose to elevate its distinctive brand assets.

The famous slogan was pixelated, the ad ending with the line: “That thing we always say? Ignore it. For now.” Meanwhile, KFC cheekily launched a search for alternatives.

By May 2021 Finger Lickin’ Good was back. Resurrected in typical KFC style, the slogan was reintroduced via the ‘Your Chicken Could Never’ campaign, celebrating the love between the brand and its dedicated fans nationwide. Cue KFC tattoos, fans who made their own KFC-themed merchandise and the hungry diners who called 999 when the chain ran out of chicken, all set to the dulcet tones of Barry White.

The work KFC has produced over the past year is informed by a piece of rigorous brand diagnosis kicked off in 2016, aimed at gaining a deeper understanding of the company’s history, market and target customers. After uncovering the brand had earned itself a “fading old man” image, the marketing-led overhaul of its stores, menu and service began in earnest.

Both creatively and commercially KFC is reaping the rewards of its commitment to marketing. The latest results from parent company Yum! Brands show the UK business contributed 6% of KFC’s total sales during the second quarter, up 248% compared to the same period last year and an increase of 80% during the year to date.

“The success we’ve had when it comes to delivering business outcomes through great creative output has been a lot about culture as much as anything else,” says CMO Jack Hinchliffe, who took on the top job in July.

“I’m very fortunate to be leading a phenomenal marketing team with amazing talent and to partner with the best creative agency in the country, or perhaps the world.”

Marketing Week editor-in-chief Russell Parsons adds: “KFC’s use of distinctive assets and pitch perfect tone of voice in its advertising caught the eye last year, but the long-term work on product, service and branding that laid the groundwork for such great creative is what really makes them a worthwhile brand of the year.”