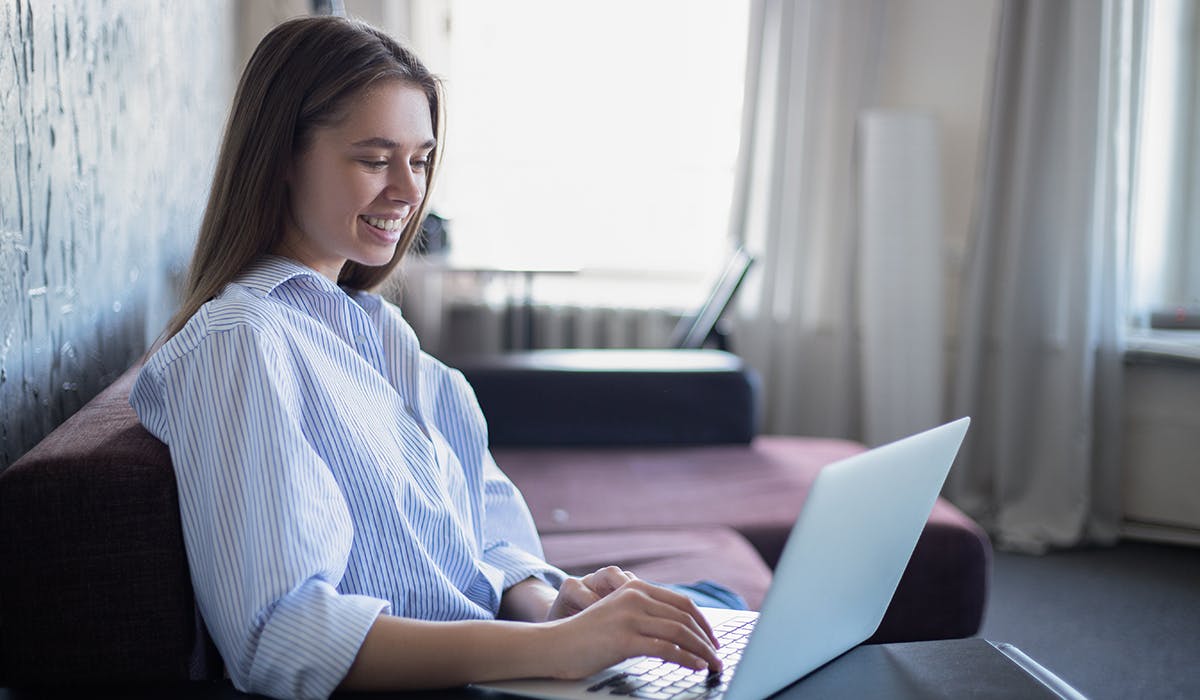 Industry leaders have risen to the challenge of supporting the next generation of marketing talent through Mentoring Gen Z, with ambitious plans already underway to take the scheme to the next level.

The initiative, which was set up by the School of Marketing to help 16- to 28-year-olds learn more about a career in marketing, has smashed all targets since it launched just seven months ago. Some 500 young people have taken part in the free mentoring sessions so far, with more than 50 potential mentees typically signing up each week. The aim is to reach 5,000 mentees over the next 12 months, with a view to helping them find a route into marketing.

There are high profile marketing mentors signed up to host the 90-minute sessions until as far out as February 2022. The latest mentor to come on board is Facebook vice-president for Northern Europe Steve Hatch, who follows a host of fellow marketing leaders including ex-Unilever CMO Keith Weed, Boots CMO Pete Markey and Nando’s chief customer officer Sarah Warby.

The scheme is the brainchild of Ritchie Mehta, founder of the School of Marketing – a skills-based marketing education organisation and Level 3 apprenticeship provider. With the third lockdown in full swing in January, Mehta recognised the “significant problems” being faced by a generation of young people struggling with furlough, looming unemployment and a barren jobs market.

The intention was to use the Mentoring Gen Z scheme to open doors for the next generation. The scheme launched with 12 mentors and now 46 CMOs and marketing leaders have come on board, pledging a day a year (equivalent to eight hours) of their time.

Since launching, Mentoring Gen Z has also joined forces with The Marketing Society and DM Trust, with both organisations championing the initiative at the highest levels. Mehta describes the overall response from the industry as “nothing short of remarkable”.

Hearing first-hand how leaders have navigated the ups and downs, and taking away useful and practical learnings seems to have landed really well.

“The lovely thing about most marketers is that we really do have a great sense of generosity, particularly around our time,” he says.

“The underlying insight of why the School of Marketing was created was off the back of the ‘I fell into the industry’ insight. Most CMOs relate to what those young people are going through, minus the opportunity the CMO had when they were starting out. The opportunity is now not there, so there’s no chance of falling into marketing anymore.”

Mehta sees the scheme as a great way to energise and inspire young people about a career in marketing, as well as to forge meaningful connections. In many cases the mentors have kept in touch with the mentees following the sessions to keep the conversations going.

One of the first mentors to join was Mark Evans, managing director of marketing and digital at Direct Line Group and chairman of School of Marketing, who has loved hearing the tenacity and enthusiasm of the young marketers, as well as working out where he can help.

“We are really proud of the progress we have made so far in helping the next generation of marketers to thrive. The generosity of mentors has been amazing and the sky is now the limit,” says Evans.

Another marketing leader who has joined Mentoring Gen Z is Google director of strategy and operations Craig Fenton. He sees mentoring as a way to help young people cut through the complexity of the working world. Fenton tells the mentees the most important thing is to understand what they’re passionate about and use that insight to define which job would be best for them.

“I was struck by how many [mentees] are embarking on, or considering, an entrepreneurial career,” he reflects.

“In Covid there is a light and shade. Shade, because it’s been tough on many businesses and unemployment is higher than we’d like it to be. Light, because paradoxically it’s a great time to start a business, and for many this will be the best option – the beginning of a serendipitous adventure.”

Having benefitted from the advice of mentors throughout her career, Metro Bank marketing director Jessica Myers wanted to get involved in Mentoring Gen Z to support future marketing leaders. One thing all the mentees have in common, she explains, is the need for practical guidance.

“They’ve read all the marketing and leadership textbooks, and they keep hearing people say: ‘Be curious, be brave’, but what does that actually mean and how do you do it successfully?” asks Myers.

“The best value for them is hearing hands-on, practical information. No career path is linear and no two paths are the same. Hearing first-hand how leaders have navigated the ups and downs, and taking away useful and practical learnings, seems to have landed really well.”

Myers’ advice that if you don’t get onto a graduate programme you should “create one for yourself” was a personal highlight for aspiring marketer and Mentoring Gen Z participant Katelyn Fyvie. Meanwhile, apprentice Reuben Raffell relished the opportunity to connect with senior leaders from a variety of different businesses.

“I found the session with Victoria Fox [CEO at AAR Group] particularly interesting as she spoke about her own career path to being a CEO and how she needed to learn enough about a range of different parts of marketing to be in the position she is today,” Raffell adds.

Mehta believes the peer-to-peer community that has emerged between the mentees is also worth nothing, as it shows the undervalued power of group mentoring.

“Mentoring is typically seen as one-to-one, but actually group mentoring has opened up many more doors mentally, as well as opportunities, than perhaps we’d even first imagined,” he says. “When you’ve got young people talking to each other and you’re helping to facilitate those conversations, they themselves act as that support network.”

Aside from hosting weekly sessions, Mentoring Gen Z has been represented on virtual university campuses nationwide from Bournemouth to Birmingham, giving the 2020 intake a chance to learn more about marketing.

There is also international expansion on the horizon. Impressed by the calibre of marketers involved in the UK scheme and the wider vision, the Dubai World Trade Centre approached the School of Marketing to bring Mentoring Gen Z to the marketing fraternity across the Middle East. Launching first in Dubai, the focus will be on connecting regional talent with top marketers, kicking off in October with 60 mentees.

GBEA connects SMEs with young people aged 16 to 24 on Universal Credit who join the government’s Kickstart apprenticeship scheme. The state pays the wages of young people on the placement for six months (up to 25 hours a week) and gives each employer a £1,500 incentive to develop the young person’s skills.

Crucially, every young person taking part in the Kickstart scheme run through GBEA gains access to the Mentoring Gen Z programme. Mehta sees the partnership as joining the dots between the demand for marketing roles within SMEs and the “massive appetite” among young people to upskill and potentially embark on a career in marketing.

Mentoring is typically seen as one-to-one, but actually group mentoring has opened up many more doors mentally, as well as opportunities, than perhaps we’d even first imagined.

“We’ve got an ambition to hit 5,000 mentees in 12 months, but I don’t want those 5,000 mentees to be from the backgrounds that would have probably got into marketing anyway,” Mehta explains.

“These young people are currently unemployed and on benefits, they’re over-indexing in minority groups and, as a consequence of the partnership, we’re getting into their world and to the people we want to reach.”

GBEA founder Francesca James describes the partnership with Mentoring Gen Z as a “unique” opportunity to reach young people who are currently unemployed and help them forge a career in marketing.

“Through our partnership we can positively impact thousands of young people from all backgrounds, give them a vital first step into the industry and make a significant contribution to society at large,” she adds.

Looking ahead, Mehta wants as many young people as possible aged 16 to 28 with an interest in marketing to get involved, as well as senior marketers from leading organisations to become mentors. He has a clear vision for what the initiative can achieve and despite being early days, Mehta is confident the goal of hitting 5,000 mentees within the next 12 months can be reached.