Meatless Farm turns to TV as it looks to boost growth 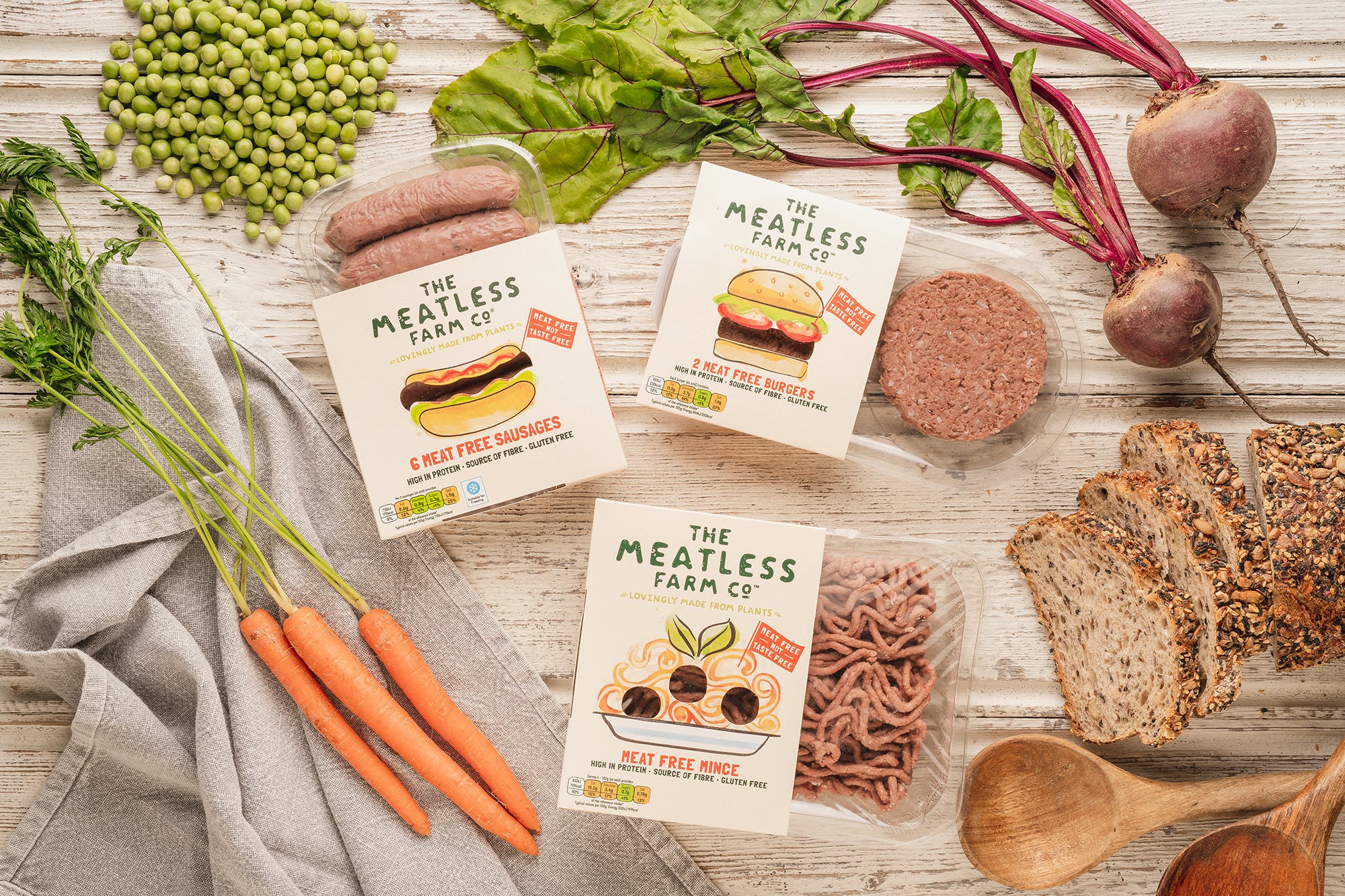 Having seen sales more than double, Meatless Farm is launching a campaign, ‘Try it’, to communicate the versatility of meat alternatives and convince more shoppers to take the plunge.

Meatless Farm is launching its first nationwide TV ad as it kickstarts its long-term plan for growth.

The company, which manufacturers meat-free products such as burgers, mince and sausages, is looking to build on its strong growth as understanding of and interest in meat alternatives rises.

According to Nielsen, Meatless Farm’s sales increased by 149% year on year in the 12 weeks to 25 January – making it the fastest growing brand in a sector that is seeing annual growth of around 10%. The global market for meat alternatives is expected to be worth £4.1bn this year.

Meatless Farm, which launched in 2018, now wants to build on this growth both in the UK and in other markets. And it sees TV advertising as a key way to do this by boosting brand awareness.

The brand first ran regional TV ads on Channel 4 (in a deal that saw it offered free ad space in exchange for equity in the business) in the north of England to test their impact. That led to a sales uplift of 20% and a “high level of recall” according to chief brand officer Michael Hunter.

That gave it the confidence to launch a nationwide ad, although it has made some tweaks to the creative.

He tells Marketing Week: “It is the right times because there is a lot more awareness in terms of health, wellbeing and environment.”

Hunter adds: “We know that the right ad can create great brand awareness and brand recall. But the thing we wanted to do differently with the ad was make it a bit more upbeat, use more inspirational music.”

The campaign will runs across all Channel 4 channels throughout May and June and is being supported by PR, digital advertising and social media.

Hunter says it has been “interesting” to finalise the ad during lockdown, which required the team to edit from home.

Delivering against a ‘growth agenda’

Hunter, who joined the brand six months ago, has been tasked with driving the brand’s “growth agenda” across the UK, US, Europe and Asia. To do that, he reorganised the team to bring more focus on which channels and core markets Meatless Farm should tackle first.

“It’s been very much about getting the footprint established and putting in place a team to gain customer engagement,” he explains.

Last week, former Lidl executive Erwin Meijer joined the company to head up a European hub in Amsterdam, while Meatless Farm has also opened a North American office in New York and an Asian bureau in Singapore. That has prompted the company to think more globally when it comes to its product roadmap and launch plans.

Hunter says: “[I have been asking] what does our innovation pipeline look like on a global basis over the next two to three years? And working on building an R&D team out who are very focused and can build against that ambitious timeline.”

Hunter was previously at Kellogg’s for 24 years but says despite the smaller team it has a “big sense of purpose”.

He concludes: “It’s a team that are just as focused, perhaps more determined in terms of accomplishment of success.”