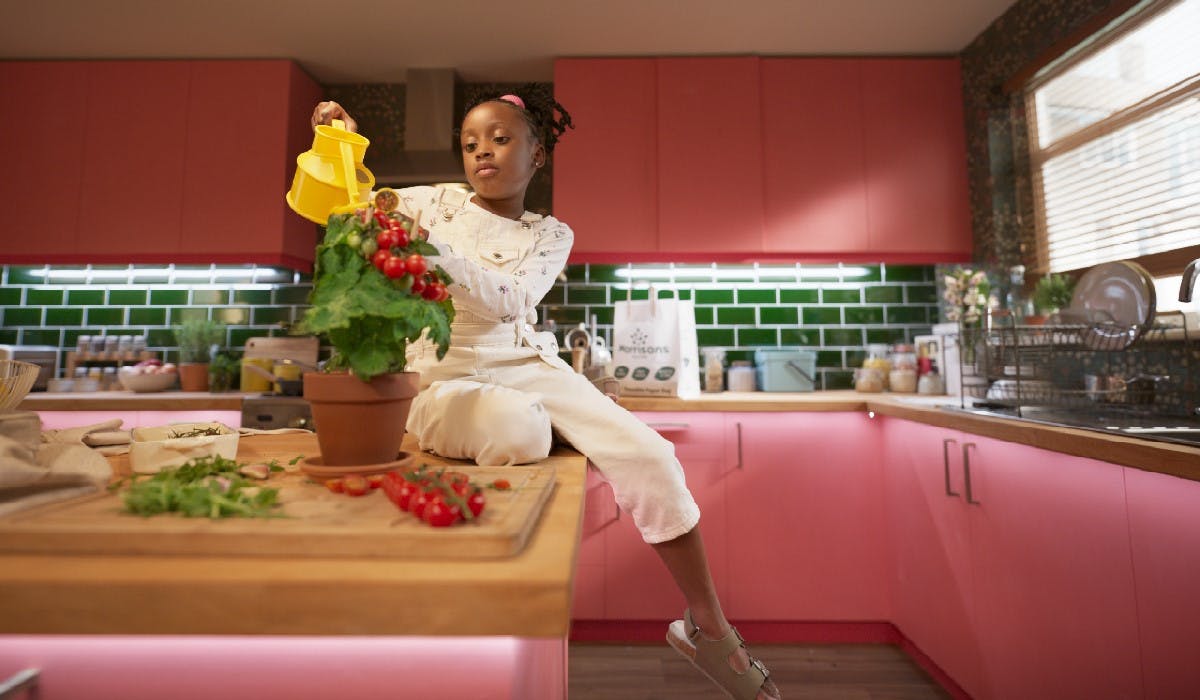 Morrisons has unveiled the first ad under its newly launched ‘Make Good Things Happen’ brand positioning as it looks to get consumers to “re-evaluate the way they look at food”.

The ad, created by Publicis.Poke, showcases the freshness and quality of Morrisons’ produce, as well as highlighting the fact the supermarket buys farmers’ whole crop, including “wonky wonders”, to limit waste.

A young boy goes on a journey from farm to fishing boat to store to show how quickly produce arrives on shelves. He also gives a nod to Morrisons in-store specialists such as butchers who can offer advice on how to prepare and cook food so customers can make the most of it.

The ad ends with the boy saying, “if we care as much as they do about how our food is grown and made we can make good things happen for everyone”.

Alex Rogerson, marketing communications director at Morrisons, says the way people came together and connected over food was one of the few positives to come out of the pandemic. So the new positioning is about capturing that and reflecting how food can be a “force for good, if it is sourced right”.

We think the real win is for the next generation to really think about how food is grown and made.

“We spoke to over 13,000 customers in development of the campaign and what they told us is that by connecting with real food they were really starting to pay more attention to how their food was grown and made,” he tells Marketing Week.

Morrisons plans to use the Good Things platform to talk about its “key points of difference”, which Rogerson says are its Market Street food offer and the fact it is “British farming’s biggest customer”.

It also allows the retailer to talk about other issues such as food miles, for example, and the fact Morrisons makes much of its food on-site, as well as supporting local producers.

Sustainability and waste are also high on the agenda, which it is communicating through its wonky veg offer.

“Customers really connect with that story because, as we say in the advert, it’s a win win win,” Rogerson explains. “It’s great for the farmers because nothing goes to waste, it’s great for the consumer because it’s cheaper and it’s great for society and sustainability because wonky food tastes great too. It’s a really neat encapsulation of everything Morrisons is great at.”

Inspiring the next generation

The big aim, according to Rogerson is to get society to re-evaluate the way it looks at food.

“One of the drivers behind this more purposeful positioning is that actually rather than just trying to sell a few more wonky veg, which is important, we think the real win is for the next generation to really think about how food is grown and made,” he explains. “That’s why we’re deliberately looking at this through the eyes of children [in the ad], because that’s more fundamental to us than a tactical campaign.”

Morrisons launched its revamped loyalty offer as part of the Make Good Things Happen platform last month. The simplified loyalty scheme offers customers instant money off rather than needing to collect points, with all savings shown in pounds.

There is no mention of the new loyalty programme in the TV ad, as Rogerson says Morrisons sees “loyalty as a one-to-one relationship with customers” so there are no plans to make a big splash around it.

The ad campaign is launching this evening during the England vs Scotland match, which is expected to be one of the most watched matches of the Euros in the UK.

In addition to the TV ad, the campaign will run across social, press, radio and in-store activity.

The Make Good Things Happen brand platform will also be used to communicate what Morrisons does within local communities and to support colleagues and suppliers.

Morrisons CEO David Potts has talked about the supermarket’s intention to build on the sales growth it achieved during lockdown, underlining the importance of its British supply chain alongside online innovation and price cuts in doing so.

However, while sales were up last year profits for the year to 31 January dropped by 50.7% to £201m. This was almost entirely due to the cost of operating during the pandemic.

The supermarket incurred a further £27m of Covid-related costs during the first quarter of 2021, but it said there were “encouraging signs” of lower direct costs and things recovering as the period progressed as categories such as fuel and food-to-go picked up.

Morrisons now expects profit before tax and exceptional items for this year to be higher than the £431m it would have achieved for its 2020/21 financial year had it not waived the £230m business rates relief.