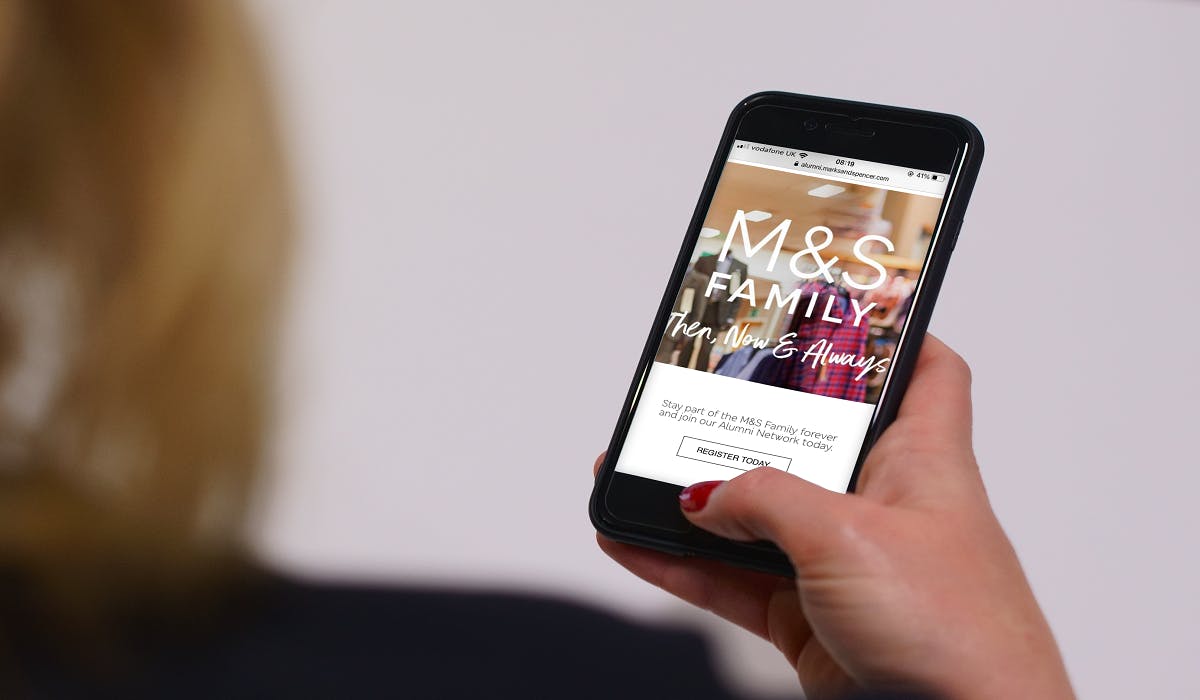 Describing culture as the “core of its transformation”, Marks & Spencer sees its new alumni network as not just a way to reunite old colleagues, but as a handy tool for planning and strategy.

Marks & Spencer is betting big on digital with a new alumni network designed to bring together a community of former staff. Known as the ‘M&S Family’, the retailer plans to use the alumni network as a forum for mentoring and career advice, community initiatives and feedback on products and services.

There will also be a series of events, with Q&As and alumni interviews featuring entrepreneurs and business titans who began their careers on the M&S shop floor.

“At M&S we’ve been really clear that culture is core to our transformation, as well as being digital-first and we know we have hugely passionate former colleagues,” says Victoria McKenzie-Gould, director of corporate comms.

“So, putting that together it felt like a no-brainer to set up our own alumni network.”

The concept was initially discussed pre-pandemic, but McKenzie-Gould agrees that the alumni concept taps nicely into this idea of support bubbles, staying in touch, checking-in with friends and colleagues, prompted by months of lockdown. So far, the reaction has been positive, with a broad range of former M&S staff joining up.

“I think the accessibility to digital platforms and increase in their use to shop, connect and to communicate, regardless of age or background, has definitely made this type of platform more scaleable,” she says.

“It takes away the sense that connecting digitally is for someone ‘not like me’ and it is great to see how alumni can connect so easily.”

It’s not just about reunions and reminiscing. There’s something else going on, namely the idea of a company as a cultural and social institution, one that blurs traditional boundaries between work and play. Indeed, the notion of a brand as being a part of our everyday lives, or an organisation playing a more paternal role, has become more common in recent years.

Concepts like M&S Family are about underlining the brand’s credentials and traditions as a retail therapist for middle England, but it also gives the company a valuable opportunity to test drive new ideas and strategies. Last year’s revamped Sparks loyalty scheme, for example, was tried out on 40,000 M&S employees before going live.

Despite most of its physical stores remaining open during lockdown, M&S has been focusing on digital channels and taken a more data-led approach to marketing. In its Christmas trading statement, the retailer reported online sales growth of 47.5%, with full price online orders more than doubling.

The hope is M&S Family will provide a handy testbed and barometer of the retailer’s national core audience as it looks to progress further, extending its online reach while keeping hold of that positioning as a trusted brand in an ever-changing world.