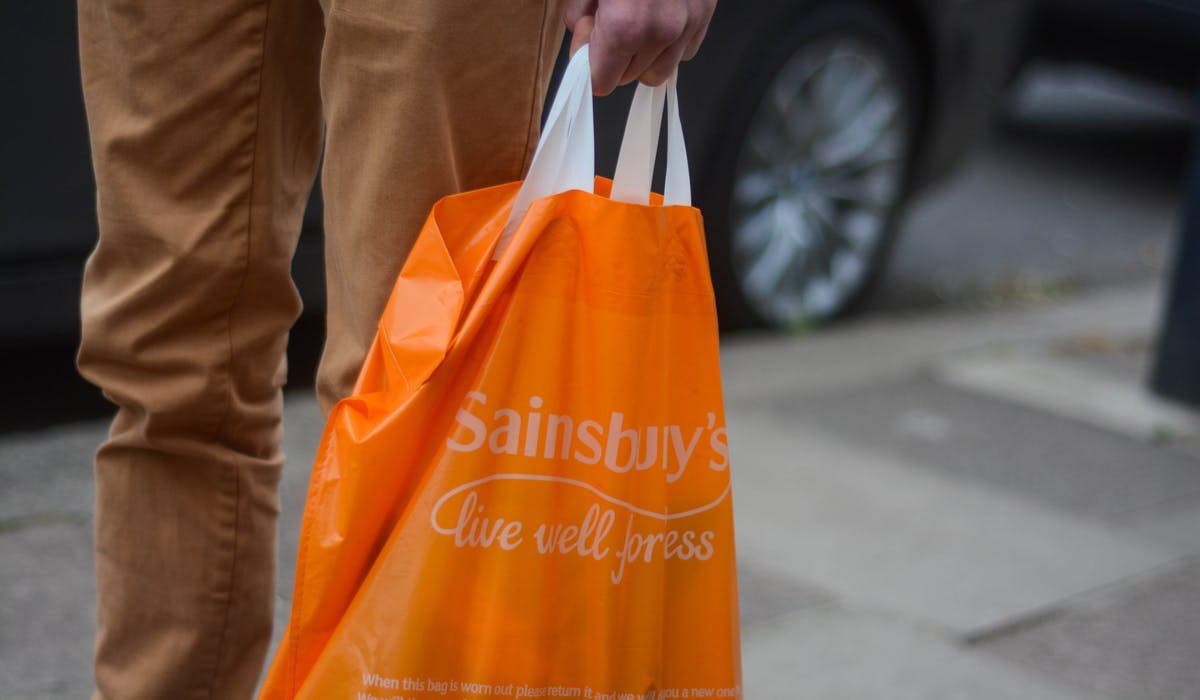 Sainsbury’s is retiring its ‘Live Well for Less’ brand slogan in favour of ‘Helping Everyone Eat Better’, a more inclusive message that it believes better reflects its commitment to offering healthy, sustainable and affordable food.

The new slogan, while subtly different, is designed to show its intent to help people make these changes and its focus on sustainability.

As part of its commitment to offering healthy food at accessible prices, Sainsbury’s began matching Aldi prices on things like fresh fruit and vegetables and chicken earlier this month. The supermarket describes the move as its “boldest ever value campaign”, which sees it offer hundreds of own-label and branded products at the same price as the discounter.

As well as helping consumers achieve a good value healthy diet, the brand wants to highlight its commitment on a global scale by reducing the impact of its activities on the environment.

Sainsbury’s references research published in the National Library of Medicine, which shows that helping consumers move away from a diet high in red meat, dairy and saturate fat could help improve people’s health and reduce greenhouse gases by around 30%.

In a recessionary environment, brands need to show their worth, and Sainsbury’s believes the subtle change in slogan puts it in a better position to do that.

“We believe that everyone wants to play their part and reduce their impact on the planet and that we can help shoppers find simple ways to make delicious, great value food healthier and more environmentally friendly,” says Sainsbury’s CEO Simon Roberts.

“Tacking climate change requires transformational thinking across industry and government and a willingness to collaborate globally.”

While price is important to consumers in recessionary times, it should not be brands’ only focus.

In a recent interview with Marketing Week, Unilever’s chief digital and marketing officer Conny Braams said “value and values” are most important in times of uncertainty.

“Yes, it is about value, but it is also about values,” she said. “Because what we have also seen during Covid is people are becoming more conscious in their consumption. Conscious in knowing that we live on one planet and that everything interacts, and that they themselves can play a role in making this a more sustainable place to live.”

Sainsbury’s has been named as the principal supermarket partner for the United Nations international climate change conference, COP26, which will be held in Glasgow in November.

A long-term drive to reduce its carbon footprint has seen Sainsbury’s make a 42% cut over 16 years, despite the business growing by 46% over the same period.

The company is now pushing beyond operational initiatives, such as using more efficient refrigeration and lighting technologies, to set an absolute target to reduce its greenhouse gas emissions by 30% by 2030.

“Businesses have a key role to play in helping us build back greener and Sainsbury’s has shown strong leadership by making a clear commitment to combating climate change through science based measures, as well as reducing plastic packaging and empowering consumers to make more sustainable choices,” says COP26 president Alok Sharma.

While Sainsbury’s is focusing on environmental concerns, all UK supermarkets have seen shifts in consumer behaviour since the Covid-19 pandemic began, with diets as well as shopping habits changing.

Tesco says it is seeing the highest demand for fruit and vegetables so far this century, as stay-at-home customers spend more time cooking. The chain has seen a 60% increase in the number of limes sold, and a 50% spike in demand for butternut squash, for example.