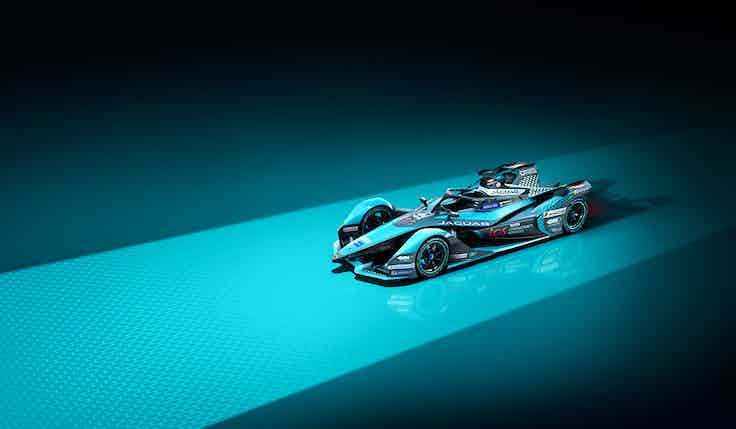 A global partnership between Tata Consultancy Services (TCS) and Jaguar Land Rover (JLR) is being pitched as the coming together of two purpose-driven brands seeking to create a more sustainable future, according to TCS CMO Rajashree R.

The two companies are jointly creating Jaguar TCS Racing, a team which will compete in the 2021/22 ABB FIA Formula E World Championship for electric vehicles (EVs). The five-year deal, announced today (2 November) to coincide with the Cop26 conference in Glasgow, is described as substantially more than a sponsorship deal – although it will include sponsorship elements.

R says the deal will see the companies collaborate to drive research and innovation into EV technologies. TCS will leverage its experience in tech, combined with the automotive and engineering insight of JLR. The objective is for Jaguar TCS Racing to become a catalyst for wider electrification, reduced emissions and sustainable mobility on a global level.

“It’s a very well-rounded partnership, it’s not just a sponsorship,” she says. “If you look at the purpose of TCS as an organisation we really are focused on using technology and innovation to create a better, more sustainable, world. This came as a great opportunity for us, for multiple reasons.”

JLR, meanwhile, has committed to making all its models available in pure EV form by the end of the decade, while achieving net zero carbon emissions by 2039.

We believe that all the learning and innovation that comes out of this platform [Formula E] means it’s not just an expensive hobby.

Racing has long been used as a testbed for new automotive technologies and JLR CEO Thierry Bolloré believes motorsport requires excellence in all areas. “Technology, innovation, agility, unity and teamwork are all important learnings, which we can implement across the company and wider group,” he says.

TCS sees potential benefits from the partnership outside the core automotive sector, allowing it greater EV expertise to benefit logistics and transportation in other sectors, for example. The company also sees opportunity for innovation in business models for how people own or access their own EVs, as well as the potential for the development of technologies in areas such as lighter materials and battery function, says R.

JLR has been a long-term client of TCS, which is itself part of JLR parent company Tata Group. TCS is active in a broad range of industries and sectors, with a particular focus on systems, products and platforms to drive growth. The business sees substantial benefits to increasing its knowledge of the EV ‘ecosystem’.

“EVs are not just about the cars. It is a whole ecosystem which is coming together. The whole value chain is being transformed. This effects not just our work in the automotive industry, but very much across all the other businesses as well,” R adds.

The EV racing championship appeals to TCS for a number of reasons. “Formula E is a great platform. We believe that all the learning and innovation that comes out of this platform means it’s not just an expensive hobby,” says R. “We will definitely use this as an important partnership to talk about sustainability.”

As well as representing the future of automotive development, Formula E runs on city centre circuits where it is visible and audible to large audiences of city dwellers keen to learn more about EVs.

“It happens in London, it happens in New York, it happens in all the major cities in the world,” says R, describing Formula E as much more inclusive than Formula One, which takes place mostly on out-of-town circuits.

“We do a lot of marathon sponsorship. It is again a very inclusive sport,” she adds.

Indeed TCS will be raising its profile further as the sponsor of next year’s London Marathon. The company was behind the app that this year let viewers track competitors, or to take part in a virtual marathon of their own from anywhere in the world.

TCS is clear that its marketing objectives for the JLR partnership lie squarely within the promotion of its core brand values of using technology to create a more sustainable future, which has a natural fit with Formula E.

“We work with some of the best companies in the world and obviously we will get some of our other clients to come and visit these races, and be part of the whole racing experience,” says R. “We will definitely leverage this to talk about our focus on sustainability.”