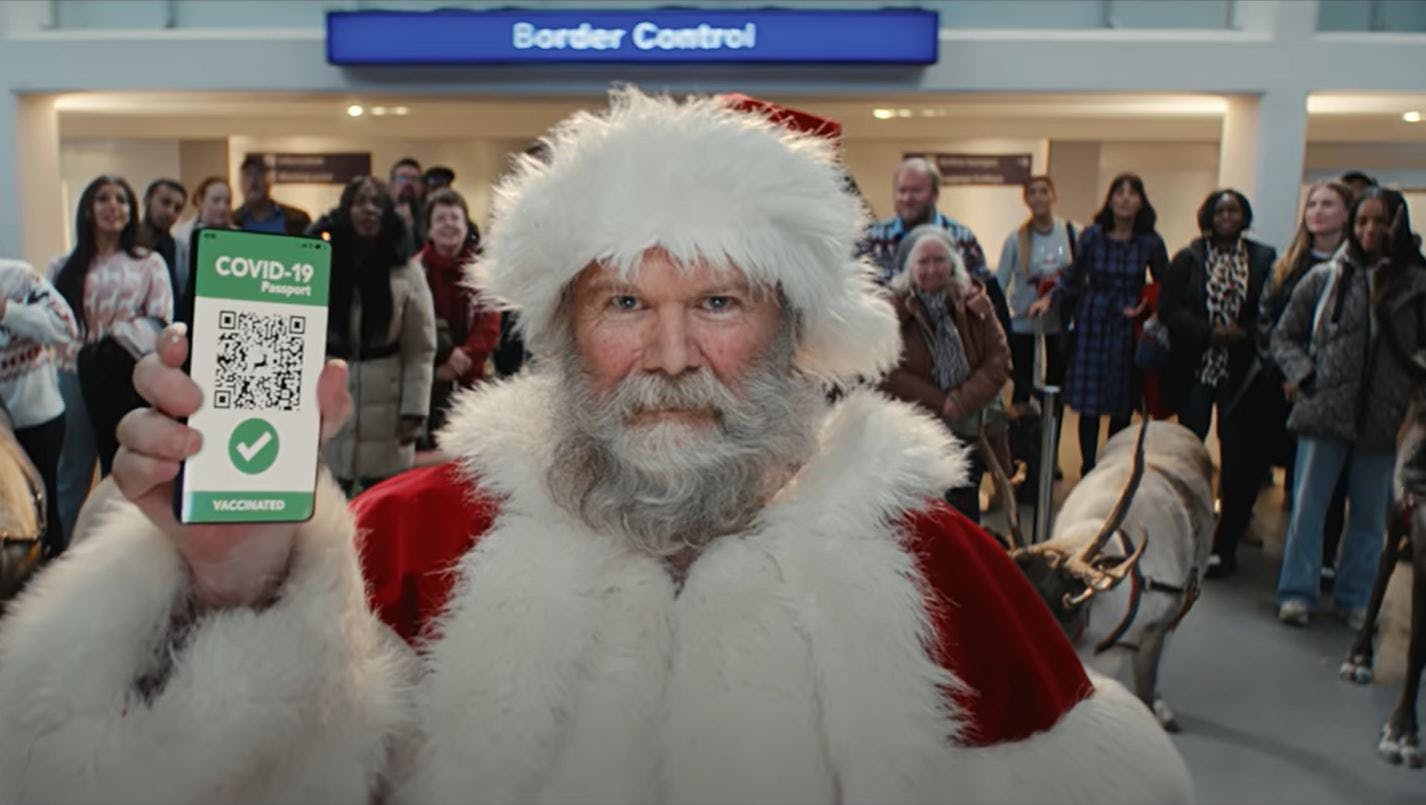 With more than 5,000 complaints, Tesco’s Christmas ad is the most complained about of the year, but the Advertising Standards Authority has ruled it is not “irresponsible” so will not be taking further action.

Tesco’s Christmas ad featuring Santa flashing his Covid passport at border control has been cleared of breaking any rules by the advertising watchdog, despite receiving more than 5,000 complaints.

The majority of complainants took issue with the scene in which Father Christmas proves he is vaccinated, as they believed it could be viewed as “coercive” and encourage “medical discrimination”.

But after assessing the ad, the Advertising Standards Authority has concluded it does not break the rules and so there are no grounds for further action.

Revealing the result of its investigation on Twitter, the ASA said that while some people may disagree with the vaccine programme and find the ad in “poor taste”, it has concluded it is “unlikely to be seen as irresponsible or cause serious or widespread offence”.

It believes the depiction of Father Christmas showing his proof of vaccine status is “likely to be seen as a humorous reference to international travel rules people have experienced this year” and therefore “unlikely to be interpreted as a message about these rules or the Covid-19 vaccine more widely”.Tesco’s Christmas campaign becomes most complained about ad of 2021

The ad, ‘This Christmas, Nothing’s Stopping Us’, shows the British public doing everything they can to ensure they can celebrate in style this year, after last year’s festivities were effectively cancelled as a result of the pandemic.

Created by BBH, the ad features various scenes in which people do what they can to make sure their family has the best Christmas, from bribing Santa’s elves with mince pies and lighting up a Christmas party with a row of flaming Christmas puddings to a granny travelling through a snow storm on a scooter to get to Christmas dinner.