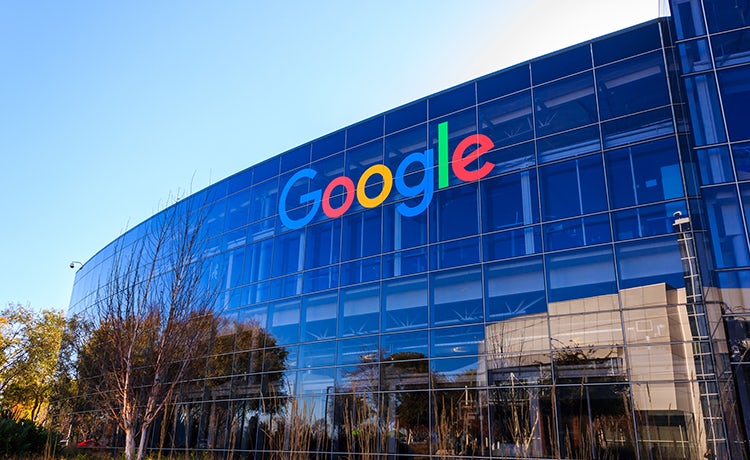 While Google has been “well-intentioned” in its diversity efforts, there is more work to be done, insisted CMO Lorraine Twohill.

Speaking at Cannes Lions Live yesterday (25 June), Twohill admitted that one of her biggest mistakes has been focusing on hiring diverse talent but not prioritising retaining this talent once they are in the organisation.

“One of my biggest mistakes is I’ve been very focused on hiring in my team, but not on retention, career progression, inclusiveness. How do we build an inclusive, truly multi-cultural team and how does that affect the work?” she asked.

Twohill said that to create marketing that resonates in a “multi-cultural world” you must have a diverse team and diverse agency partners. For this reason, she has reviewed the diversity numbers for Google’s top nine agencies to understand at every level the make-up of the teams. This process is now running through all the agencies Google works with.

Last year, the company audited 10,000 pieces of creative and found that only 10% of the people in its ads were African American. Twohill explained that this percentage has now risen to 23% and the team were “very proud”, until they realised the people portrayed in the advertising were largely light-skinned and the work did not feature enough dark-skinned African Americans.

“We’ve learnt that even when we put diversity in our work, there are often still stereotypes. You’ll often have African American men playing sports and dancing, as opposed to being great fathers or professionals. We’ve made all these mistakes and we’re learning from that,” Twohill added.

“We put so many messages out into the world. If we could all make our work more representative that would be a really good thing.”

One of my biggest mistakes is I’ve been very focused on hiring in my team, but not on retention, career progression, inclusiveness.

The point around the retention of diverse talent was echoed by fellow panellist David Droga, founder of creative agency Droga5. He explained that while the agency thought it was on the front-foot when it came to inclusivity, clearly it hasn’t done enough.

“If you can’t keep great talent and see them progress at the same speed or faster than their white counterparts, then fundamentally we’ve done something wrong,” he stated.

“The biggest mistake I’ve made is assuming that we attracted this great group of people, but we couldn’t keep them. I just assumed that everyone had the same reality in the agency and that’s just not true. We’re also looking at once people are in, how do we create role models for them and then they can become the role models?”

To support a pipeline of diverse talent, Droga5 has set up its own night schools to bring people into advertising who would not normally be exposed to the industry and can add an “extra dimension” to the work.

“I thought that because I had a bi-racial family that I was on the right side of stuff, but unless you’re actually fundamentally changing things with systems then it’s momentary and I don’t want it to be fleeting,” he added.

“That’s the thing I’m positive about now, it’s transcended a point where it just can’t be another fleeting up in arms, everyone’s aware. It’s got to be something that’s seismic and changes everything and the systems change, because that’s the only way you actually move things forward.”

The organisation has promised “decisive actions” on 12 points, including an overhaul of its hiring, retention, promotion and development practices, and the publication of its racial diversity data.

Speaking during the same session, CEO Mark Read said that WPP had been “well-intentioned” but had made the mistake of not giving the topic of diversity and inclusion enough focus. He called on the industry to set targets and hold itself accountable.

Endeavor’s Bozoma Saint John: Covid-19 is one of the greatest marketing tests of all time

Acknowledging that WPP is responsible for around one in five of the world’s commercial messages, its agencies can make a real difference and this starts by getting its own house in order.

“We’ve had lots of programmes for a number of years, but if you look at our data – and we will publish it soon – it’s not just that it’s not good enough. We haven’t moved the needle over the last five years and that’s the thing I find the most frustrating,” said Read.

“It has to be more of a focus for all of us and we have to fix many things. Not just leadership at the top of the organisation should be more representative, not just promoting people and helping back and other minority ethnic people go up through the organisation, but actually where we recruit from. Being more ambitious in terms of where we recruit people from.”

WPP has made the first step by running a virtual internship, which has expanded the diversity of the candidates who could take part. Of the more than 700 people who joined the scheme, 40% were diverse candidates.

I thought that because I had a bi-racial family that I was on the right side of stuff, but unless you’re actually fundamentally changing things with systems then it’s momentary.

He credited a brand like Levi’s for admitting that it could do better and being clear that is not hiring diverse enough talent. However, he strongly condemned companies that act like the Black Lives Matter movement only started recently.

“You have companies that act surprised at what you’re seeing right now and the topic of race coming up. They act surprised as if they’ve never seen it before, never heard about it,” Stoute pointed out.

“That’s the part that upsets me the most because I can’t allow being in this industry for 20 years, and seeing what I’ve seen, for the industry to have this ‘shoot first, ask questions later’ mentality and then when somebody writes a story about it, everyone acts surprised as if they’ve never heard it before.”

If ‘Black Lives Matter’ to brands, where are your black board members?

Describing the role of the chief diversity officer as has having “failed” in its mission to show diverse talent they are wanted, Stoute called on every brand and agency to have an “African American strategy” based on society’s new expectations, which is both measurable and public.

While he stopped short of saying the industry is institutionally racist, he described it as “extremely biased” and questioned why agencies were so behind the curve.

“Our job is to be on the front-foot of where things are going. How could we be so far behind on this topic, but be the best in the world at seeing things before they happen and changing perceptions, with billions of dollars in the market that we can draw on?” Stoute questioned.

“I believe this industry has the opportunity, the privilege and the responsibility to drive change.”