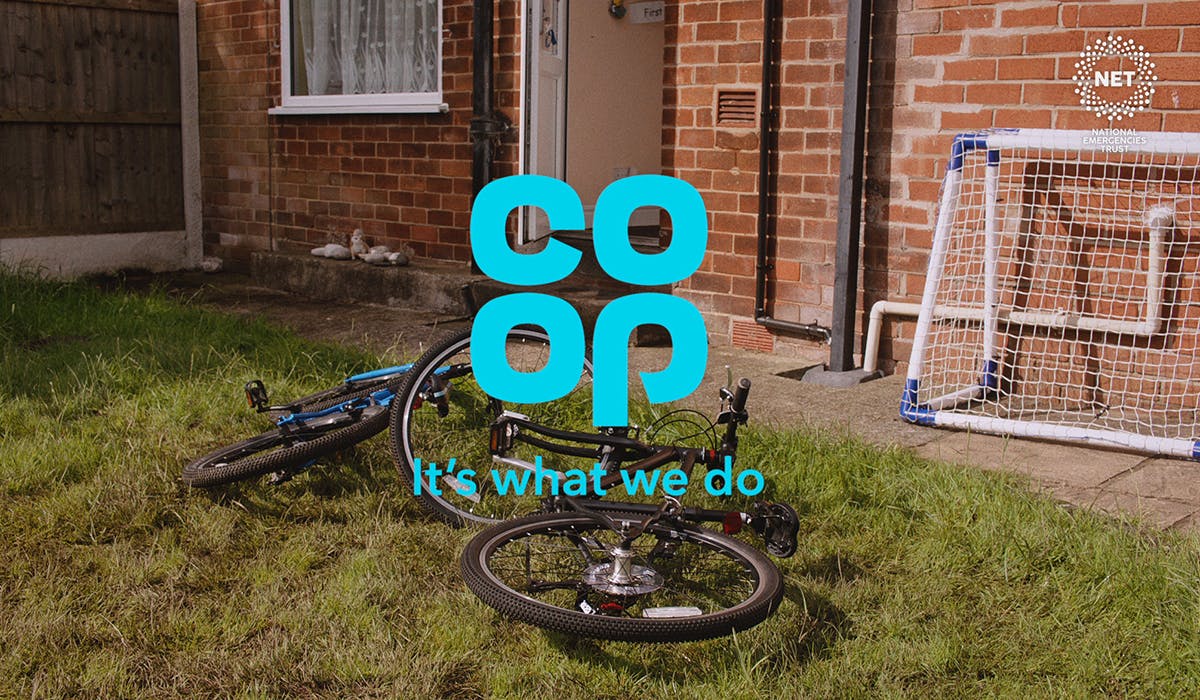 Under the constraints of Covid and operating in a highly competitive sector like grocery retail, the Co-op has been working hard to focus on the priorities that will push the business forward.

The tensions of prioritising purpose over profit that appear in some companies are not, however, an issue for the Co-op because its purpose is so clear, said chief membership officer Matt Atkinson, speaking at The Festival of Marketing: The Bottom Line yesterday (24 March).

However, “critical issues” come in striking the balance between “tomorrow’s sale and the sales you know you’re going to get the year after”, he said. There is also the challenge of choosing which parts of the business to talk about at any given time, as the Co-op Group spans not only food, funeral care, insurance and legal services, but also a variety of community initiatives and support of the Fairtrade movement.

“The main issue for us is that we’re so propositionally rich. We have so many things we’re doing and not enough money to bring them to life, so the main problem we have is – what do we talk about the most?” Atkinson explained.

The answer, he said, has been to use the Co-operate community initiative and wider ‘It’s what we do’ tagline as an overarching, inclusive message to help make sense of all the different aspects of the group, rather than “trading off” different parts of the organisation.

I’m never going to convince somebody who doesn’t give a monkey’s about whether life in communities and fairness matters. I don’t want them on my media plan.

Atkinson also acknowledged that one of the challenges for the Co-op, but also an opportunity, is working under the constraints of a smaller budget than its supermarket rivals.

“When you compare us in terms of share of market versus share of spend, we’re way off the pace. Someone like Tesco, Aldi or Lidl would spend a factor of almost three, four, five times the amount of money we do,” he noted. “What you’ve got to do is think really smartly about how you’re deploying that money and what you want that money to do for you.”

Focusing on a message of cooperating for a fairer world helps create distinctiveness for the brand, Atkinson believes, and helps refine who it is the company wants to appeal to. He is clear the brand’s values are not for everyone and trying to convert every potential shopper to the Co-op mindset would be a waste of time and resources.

“We don’t need to win. I’m never going to convince somebody who doesn’t give a monkey’s about whether life in communities and fairness matters,” said Atkinson. “I don’t want them on my media plan, I’m going to waste a lot of money trying to convince them that what we do matters. Our bull’s eye and the way we work around that leads us to quite a concentrated effort.”

Just like every business last year the Co-op was forced to rethink plans drawn up in 2019, as it adapted at pace to the reality of changing demand.

The supermarket saw a shift from high levels of frequency in food shopping to low frequency and bigger baskets. Online, the Co-op reports experiencing seven years of growth in the space of seven weeks. By September, the Co-op had attracted 1.7 million new households since the onset of the pandemic.

Elsewhere in funeral care, the business had to pivot quickly to the digital delivery of its services.

Changes were also afoot from a marketing perspective. The Co-op decided to pull its Easter 2020 campaign to fit the mood of the time, donating £3.4m worth of ad spend to food poverty charity FareShare. The company also kicked off a campaign calling for an end to the abuse of retail workers and signed a sponsorship deal on a new arena in Manchester designed to “rival Madison Square Garden”.

When it comes to getting the marketing message to land, Atkinson describes himself as leading the charge from the side, setting the context for success and creating the resources to make that happen. Then he needs to “hold the business to account” to stay on track and deliver that success.

When debates do arise, Atkinson’s team try to take a collaborative approach, working in partnership with its agencies Lucky Generals and Carat to find the right answers.

“I tend to get involved really only ever at the beginning, because you have to trust the team to deliver and there are only very few times when I’ll get more involved. That’s just at points when perhaps we don’t all agree or we’ve got some things that we need to debate as a team,” he explained.

“And we do debate them as a team. It’s not that we go off as the client and have a debate, and go back and surface the answer to that. We do actually all have quite equal views of the thing we’re custodians of, so it is quite a collaborative process when it needs to be.”