Why one snack brand launched an outdoor campaign in a lockdown 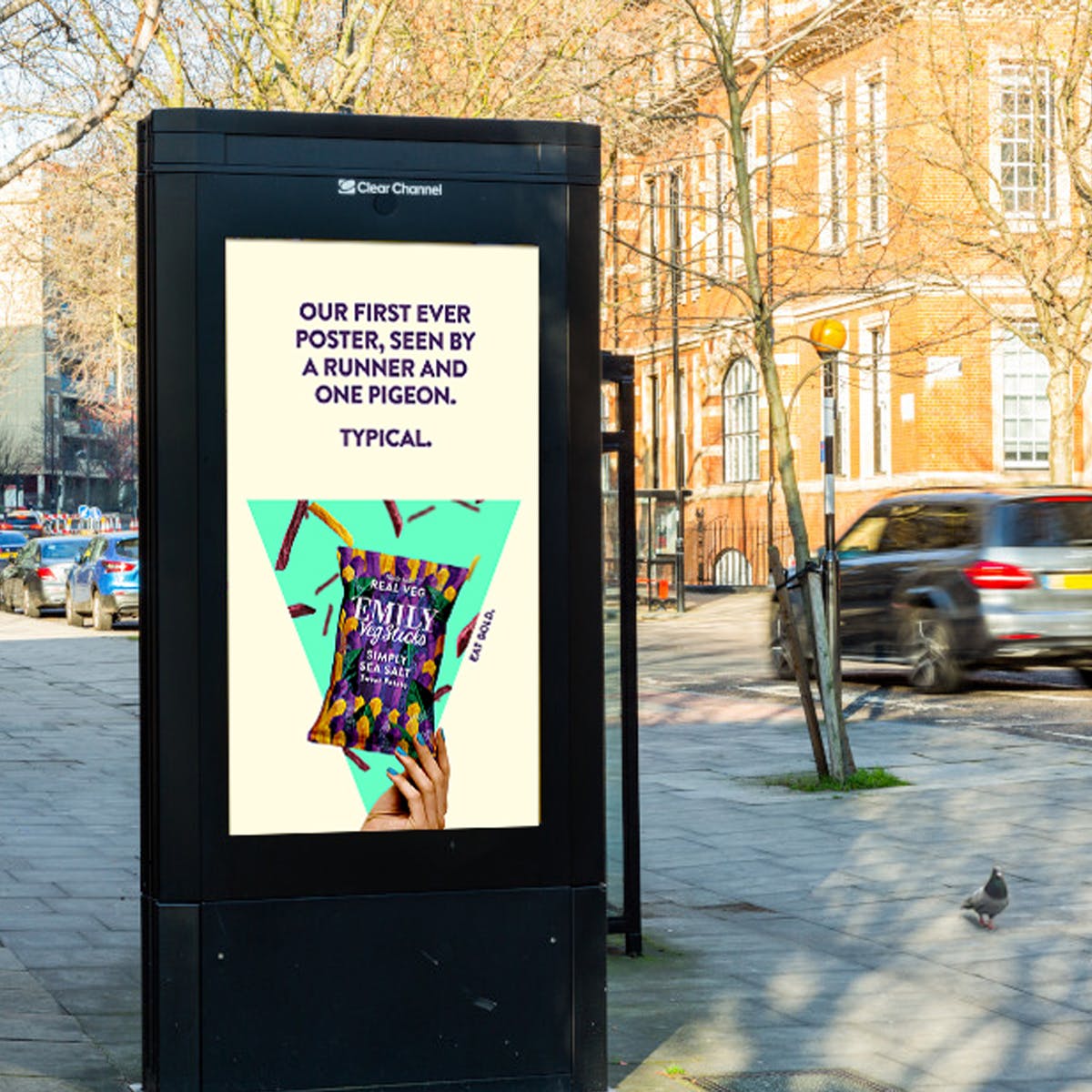 When Emily Crisps bought some outdoor media space in December 2019, it did so thinking April would be the perfect time to run its first outdoor advertising campaign.

The scale-up snack brand had envisioned a bustling, sunny bank holiday Easter Weekend with people out and about in parks, barbecuing and eating lots of crisps.

After realising the reality was going to be very different and the campaign wouldn’t be seen by many consumers at all, the marketing team moved quickly to turn around four new ads calling out their marketing misfortune.

“Our first ever poster, seen by a runner and one pigeon. Typical”, one read. Another: “Hmmm…Maybe we should have made a TV ad instead”.

“I said [to Clear Channel] I don’t want my money back, I just want to make sure it works for us”, explains Nurture Brands’s managing director, Adam Draper. “I said to the [marketing] team, we have this opportunity to do it but no one’s going to see our communications”.

We know from an outdoor perspective, compared to a normal campaign this is going to have a lot less eyeballs.

The original campaign was centred around the idea that the whole market eats “boring” potato crisps and that most brands copy Walkers’s red, green and blue styles. That led to the creation of a campaign called ‘ditch dull, eat bold’, which Emily will still run when the lockdown is over.

“We didn’t want people to think we were making light of coronavirus and calling it ‘dull’,” says Draper. “I would have said let’s wait and not do anything rather than run that campaign.”

It took Emily’s marketing team and creative agency less than a week to turn around the new campaign.

“I said, as long as it’s positive-spirited and not against government guidelines, as long as we’re not trying to encourage people to go out…if we’re going to take the piss out of ourselves and say we’ve had a bit of misfortune with timing, then I’m happy to do it,” says Draper.

“The whole thing has to be truthful. We have booked media, we can’t get out of it, we’ve got media to do something with, and that’s our situation. As long as we look truthful and not like we’re trying to capitalise on the coronavirus, because that’s really disingenuous, then great let’s do it.”

Clear Channel had reservations to begin with, arguing the posters were essentially saying out-of-home media is ineffective and pointless in the current climate. Emily believed it would work because it would show both itself and Clear Channel in a self-deprecating and humorous light. 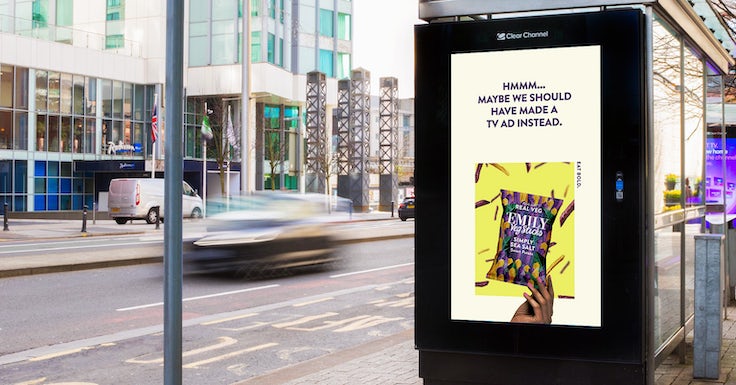 “We’re not saying outdoor isn’t a great media channel, what we’re saying is given this is the most unprecedented situation since the Second World War, let’s have a bit of fun and say, ‘isn’t it fun that we’re trying to advertise when no one’s walking around?’,” Draper explains.

“Sometimes you’ve got to go online to go offline. Sometimes the stuff you do in the real world then makes people want to see it online. Sometimes you might buy out-of-home and that is what gives you the social currency to go on to the digital channels and really perform.”

The campaign is currently running on digital six-sheets across the UK, with Emily sharing photos of the outdoor ads on social media with the #stayhome hashtag.

“We know from an outdoor perspective, compared to a normal campaign this is going to have a lot less eyeballs,” Draper says. But given the circumstances he believes it will create more impact and get more cut-through than the original creative.

“Because it’s so relevant and it’s of the moment and it’s having a bit of fun,” he says. “People want a bit of humour right now and that’s what will allow this campaign to resonate.

“Once we run our new campaign and everyone’s back to square one, you’re competing with everyone else and everyone’s coming back to their usual campaigns.”